During June to the end of August 2019 life sized Oor Wullie statues and sculptures are placed around Aberdeen City and Aberdeenshire during a Bucket Trail that sees two hundred of Scotlandâ€™s favourite Sunday Post cartoon character placed around Scotland to raise funds for charities. 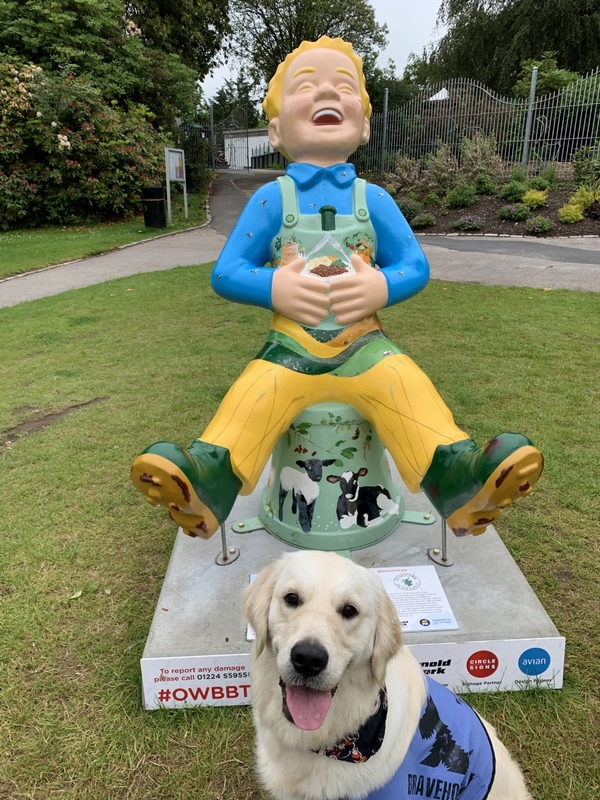 Pictured in the photo is Oor Countryside by the artist Annie Grant, which celebrates the great outdoors and playing in mud at Hazelhead Park.

It comes from a partnership with Wild in Art and it includes wee Oor Wullie sculptures in libraries, shopping centres and museums.

There will then be a farewell weekend during the 13th to 15th September which culminates in an auction on the 16th Septemberâ€™19. The Aberdeen farewell will be held at Marischal College.

Visit www.oorwullie.com for more information and to access the App