Willie Miller, the legend of Aberdeen Football Club, has been depicted in an Oor Wullie Sculpture wearing his iconic Gothenburg Cup Winner Final 1983 strip where his team won against Real Madrid. 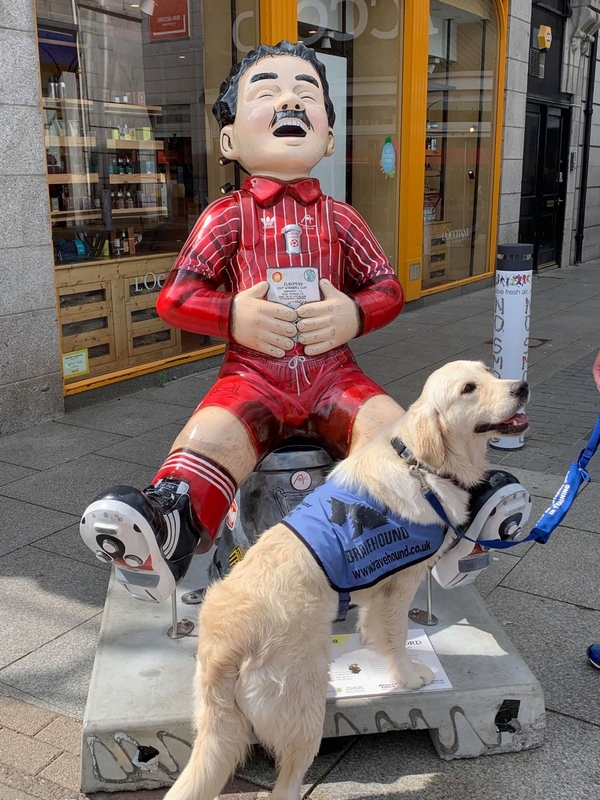 Fans of AFC can see him at the entrance to the Bon Accord Shopping Centre in Aberdeen. 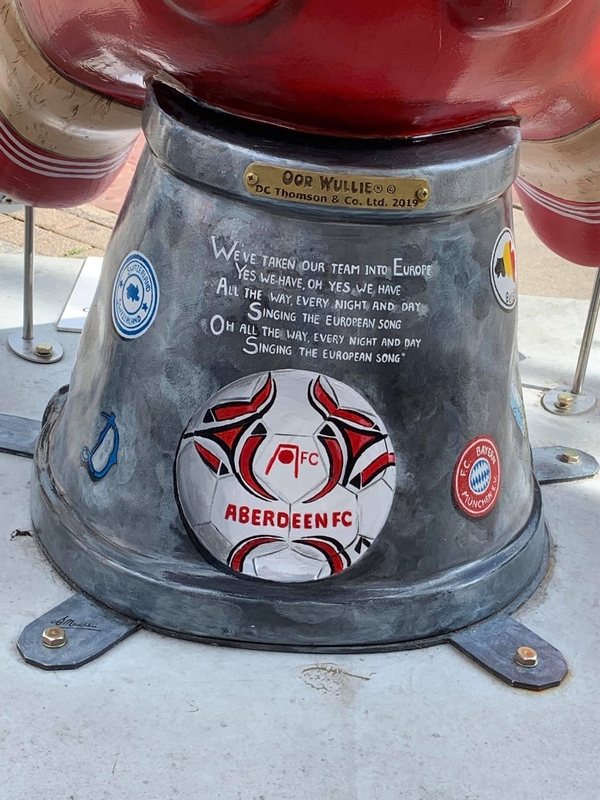 On his bucket are the club badges and a red and white football. Written on the bucket is: