Artist Donna Newman has taken inspiration from the national emblem of Scotland, the thistle, since the 15th century. Balach Cluaran translates from the Gaelic as Thistle Boy and this Oor Wullie figurine, at the fountain at the Duthie Park, Aberdeen, is painted as the Green Man. Note the thorny leaves entwining his limbs and his prickly purple flower head. His bucket has been changed into a terracotta plant pot and you can see snails, bees and ladybirds. 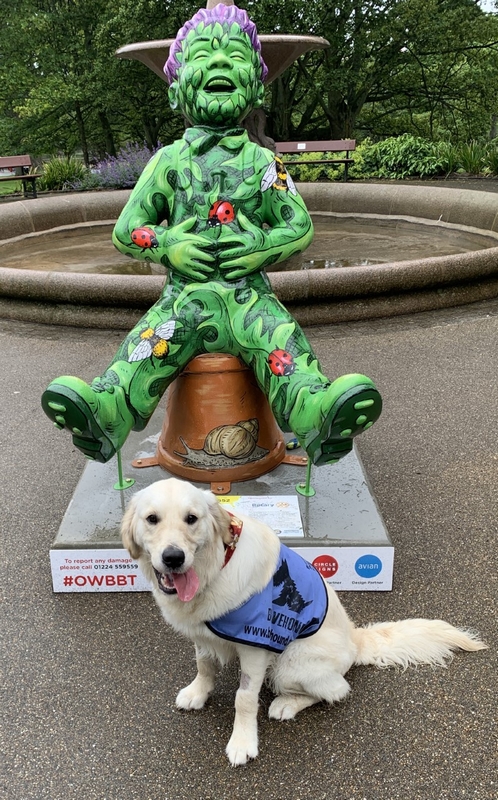