Artist Louise Kirby has captured the love that Scotland has for The Sunday Post cartoon character Oor Wullie by adorning the sculpture outside Aberdeen Arts Centre with bright red love hearts and has given his iconic dungarees and boots a yellow make-over. 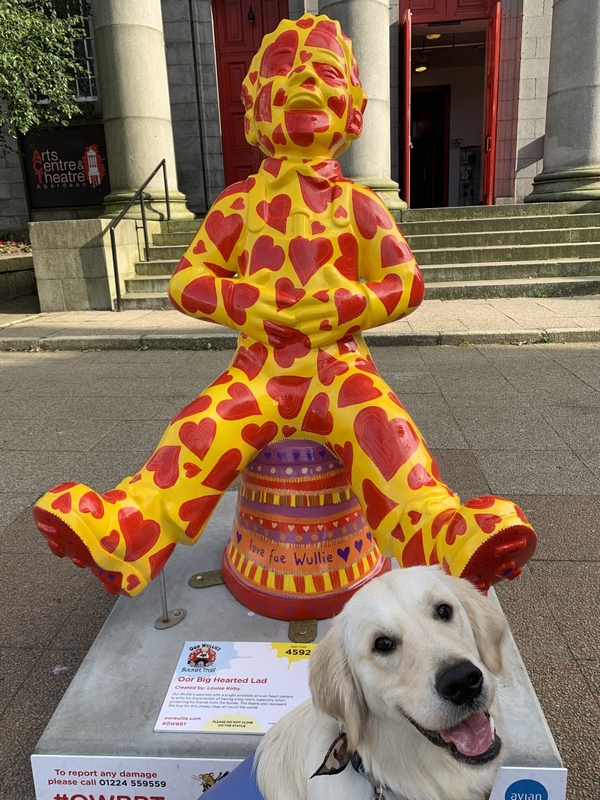 She continues describing his character as being known for protecting his friends from bullies and the love for this cheeky chap all around the world.

She even writes a message of Love Fae Wullie on he cheerfully patterned bucket.