Tomasz Czuprynski is a Motion Graphic Designer at Arnold Clark and has used the brand colours to design a brand based on the livery colours of the companies Roadies events truck and then stencilled tyre tracks. 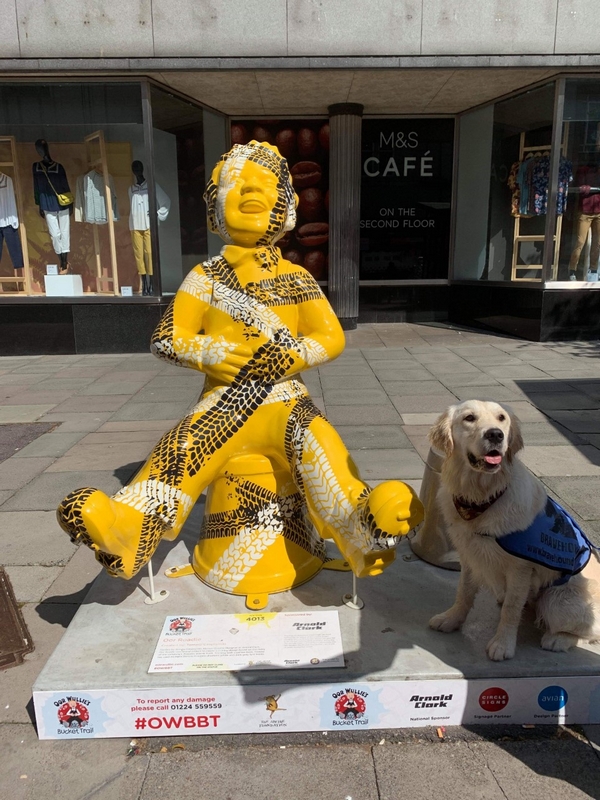 It can be found outside M&S at the St.Nicholas Shopping Centre.