Sketch artist Carl Lavia and photographer Lorna Le Bredonchel are working on an exciting new project that will culminate in a large-scale pencil drawing of Aberdeen city.

Sketch artist Carl Lavia and photographer Lorna Le Bredonchel are working on an exciting new project that will culminate in a large-scale pencil drawing of Aberdeen city.
Carl has completed similar works for cities such as Inverness, Perth, Stirling, Dundee, Edinburgh, Manchester, and Birmingham, though the Aberdeen project has been hampered by the pandemic Lockdowns. This didnâ€™t stop him working though, he sourced materials such as the book Aberdeen in 50 Buildings, websites and contacting the businesses and building owners for external photographs. 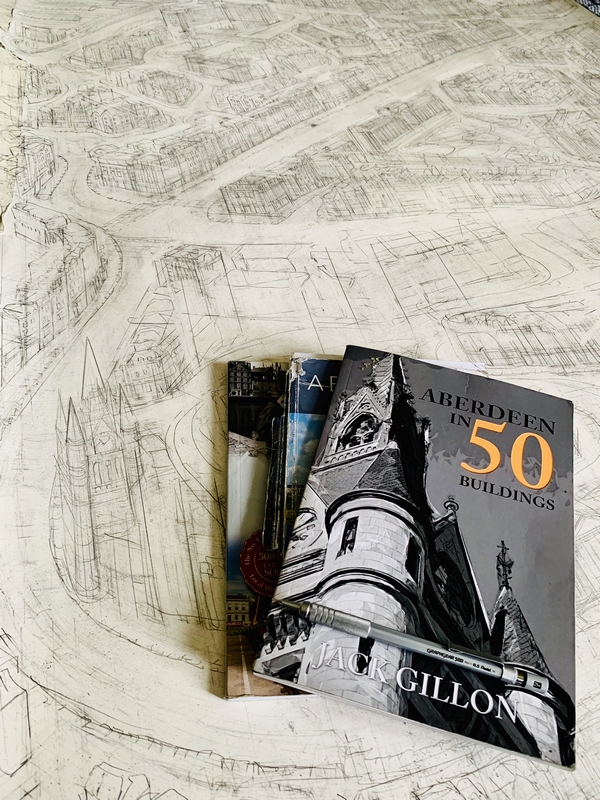 This mammoth task forms part of a 69 cities walk venture to provide a portrait of the whole of the UK.

The Aberdeen artwork will be placed on public display within the city. 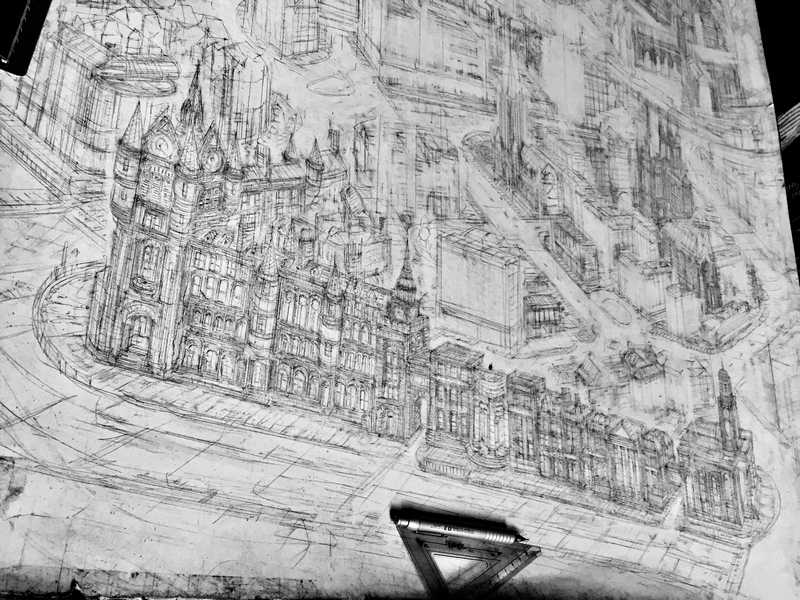 Learn more about this unique undertaking at www.sketchnthecity.com or search for #69cities on social media.