The stunning views of Aberdeenshire inspire some remarkable artwork from leading artists. Read about the many art galleries Aberdeen which buy and sell original paintings, art prints, sculptures, drawings, pottery, jewellery and more:


Duff House in Banff, Aberdeenshire, Scotland has many historical paintings on display throughout this Georgian House. 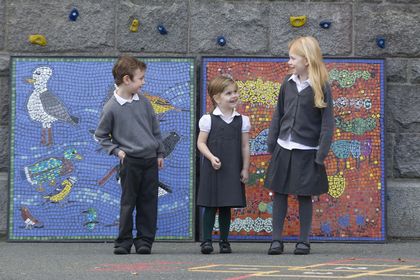 The art project was introduced as part of a series of on-going upgrades to the playground, which includes the construction of a wildlife garden. The mosaic artwork was made possible thanks to funding received through Union Square's Community Bursary Scheme, matched with funds raised by The Friends of Broomhill School PTA.

Each school year group, from P1 to 7, has been involved in the design and construction of the 4ft by 4ft panels, and took inspiration from the outdoors and wildlife, from bugs and birds, to wild plants and flowers. The panels were glazed by the locally based Pigeon Workshops.

Our pupils have worked extremely hard in creating and designing the art panels over the last few months, and the whole school is looking forward to seeing them take pride of place in the playground. Before we undertook the various upgrades to the playground, we were looking for ways to create interesting spaces for the pupils to use and enjoy. The panels will do exactly this, and as it's not just the school, but also the local community who use the playground, lots of people will be able to benefit from the hard work undertaken by pupils and staff. 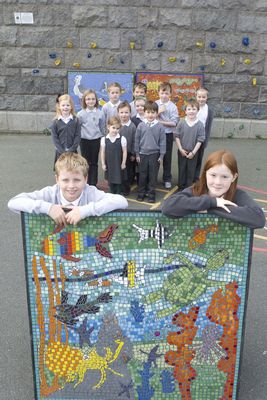 Penny Godfrey, marketing manager, for Union Square said: The mosaic art created by Broomhill Primary are fantastic, and really show off the pupil's artistic flair! A big well done to the school, as it sounds like it really was a group effort to get the project completed. We're glad we could offer help to allow Broomhill to complete their playground transformation. 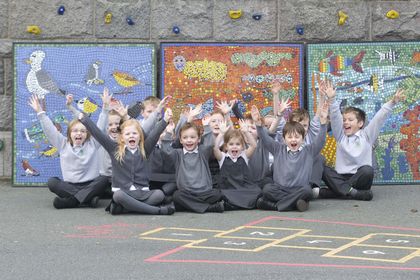 Union Square's Community Bursary scheme was introduced to help support a number of charitable organisations which benefit the local community. Since opening, Union Square has donated £40,000 to 25 community bursary beneficiaries.


At the end of each summer many artists, galleries and studios invite the general public to free demonstrations and tours of their premises as part of the North East Open Studios Neos event.