This wood carving of the Gruffalo and mouse, from the book by Julia Donaldson, can be found at Hazlehead Park, near the play area and restaurant, and was carved on an old tree stump by chainsaw artist David Roberts. 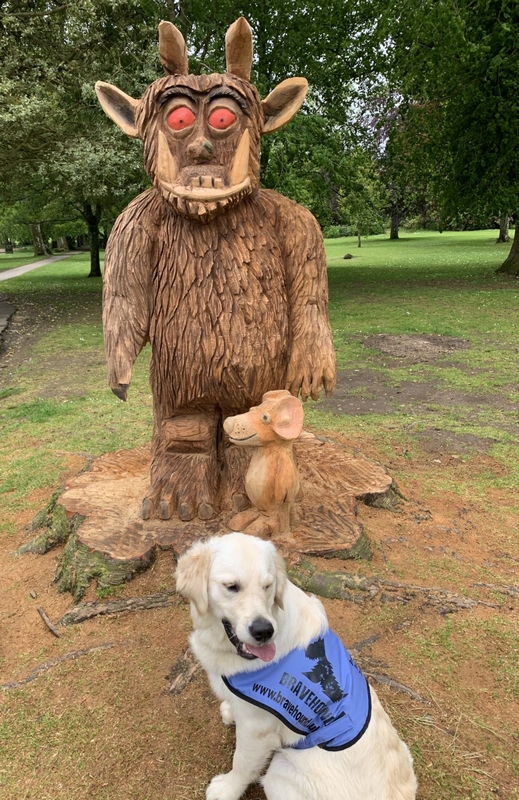 Other wood carvings in the area include a squirrel by the maze and a huge spider by the toilets and the Robert the Bruce story cairn.