History, facilities, photos and details of Hazlehead Park Aberdeen and what to do from the maze to the pets corner to the Queen Mother Rose Garden:

Hazlehead Park Aberdeen can be found at Groats Road. It is owned by Aberdeen City Council. It is well liked for its cafe (under refurbishment), maze, art installations and statues, gardens, play areas, pets corner and forest walks. There is free car parking and toilets. There is so much to do for people of all ages. The open spaces, wooded grounds and flower filled gardens are a joy to walk around. The surroundings are so relaxing. There's plenty for the children - from climbing frames and swings to chutes and slides. The large play area has seats all around, so parents can enjoy a wee sit down whilst the bairns burn off their energy.


It boasts Scotland's first maze which was opened in 1935 and created by Sir Henry Alexander. It is free to use. 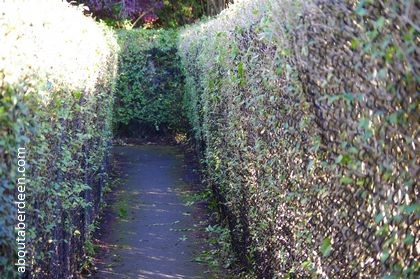 The plaque outside the maze reads:

Provost Alexander's Maze. This maze was gifted to the citizens of Aberdeen by Sir Henry Alexander Lord Provost 1932 - 1935. In gratitude for happy hours spent by him and his family at Hazlehead and was opened by his children Gavin and Charlotte on 19 October 1935. 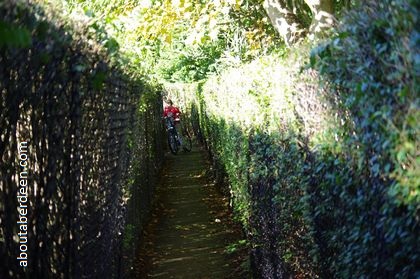 During school holidays the Council usually hold organised and supervised activities for children. These are announced on our events page and include when the giant Christmas tree goes up, the reindeer sleigh rides and Santa's grotto.

Pets' corner can be enjoyed by young and old alike and there is disabled access to this area. Animals that happily live here include donkeys, goats, a lama, budgies, guinea pigs, rabbits and a well stocked aquarium with many tanks of tropical fish. This opens each day from 9am until 5:30pm. 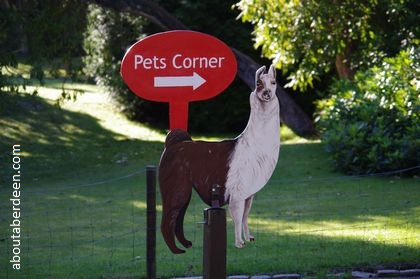 The tranquil Queen Mother Rose Garden is a peaceful area to sit in and admire hundreds of roses in bloom. 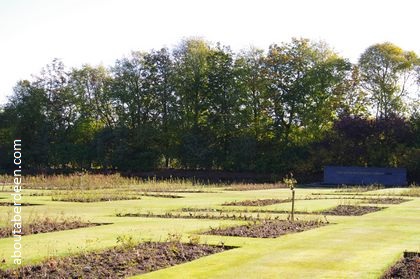 In the centre of this bonnie area is a memorial to those who lost their lives in the Piper Alpha Disaster. This is set in their own secluded area adjacent to the Queen Mother Rose Garden. Read more and see photos on the Piper Alpha Memorial page.


As you exit this area, turn left and this takes you to sectioned gardens, each of which contains different statues and works of modern art by local sculptors. 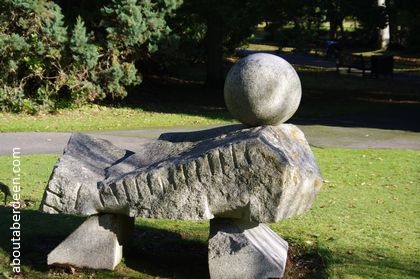 Hazlehead Park Aberdeen is popular for its crazy golf and putting courses. There is also an 18 hole pitch and putt course. 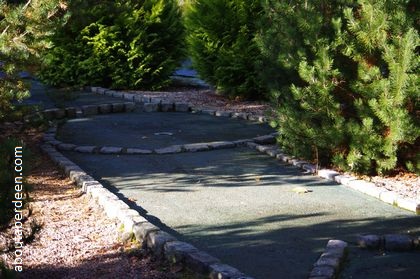 Snacks, meals, ice creams and drinks can be purchased at the restaurant which is open each day, from 10am, during the summer season. It closes after October. 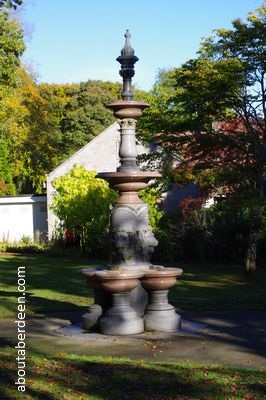 It is famed for its three lion plaques. 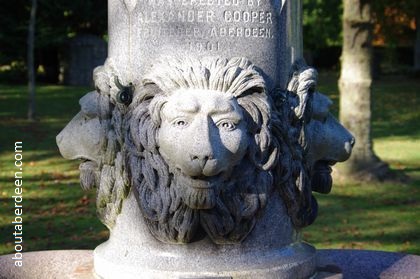 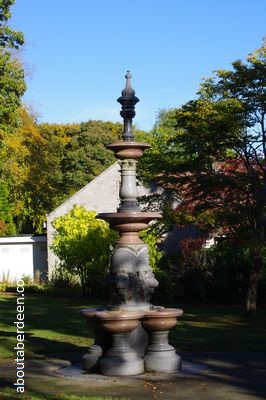 
It is often used for sponsored walks, like the Walk to Cure Diabetes, because of the beautiful location and the large size of the grounds. This helped to raise funds to find a cure for juvenile diabetes.


The Aberdeen Blooms festival and the RHSA Flower Show has been held together here.