This fun giant Lego firefighter figure can be seen at the Aberdeen John Lewis on the ground floor of the department store in the toys section. 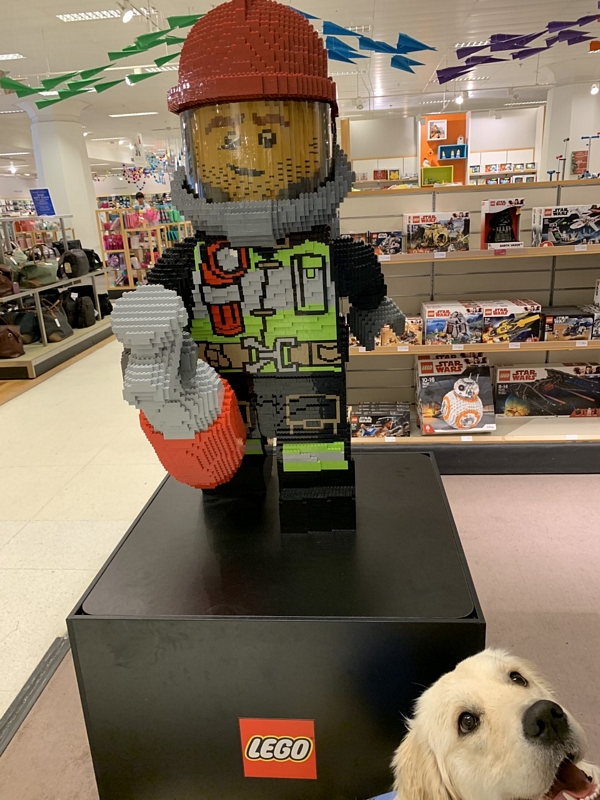 Have you seen all the Oor Wullie Sculptures?