Aberdeen Beach is famed for its golden sands and promenade which can be walked from the Harbour to the mouth of the River Don by the Bridge of Don. Features include Victorian railings and walks, plenty of seats, sheltered pavilion seating, free public toilets, free parking, disabled car park and lots of places to eat or enjoy an ice-cream. 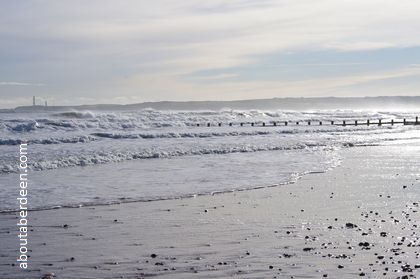 It is popular with families, dog walkers and surfers and is a must for those visiting our City. Sections by the cafes, restaurants and Codonas Amusements, are dog free zones making this one of the cleanest beaches in Scotland. In the summer of 2013 it won an environmental award from Keep Scotland Beautiful for the area thanks to its cleanliness, water quality and safety. This Scottish Seaside Award and Blue Flag has been held since 2007 and others awarded nearby include Balmedie, Collieston, Cruden Bay and Peterhead Lido. Restaurants include TGI Fridays, Pizza Hut, Frankie & Benny's Italian restaurant, Chiquito Mexican restaurant, Jimmy Chung's Chinese restaurant and a Burger King. 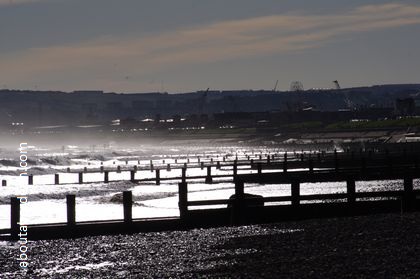 Cafes at Aberdeen beach include The Pavilion Cafe, The Sand Dollar Cafe and The Inversnecky Cafe. 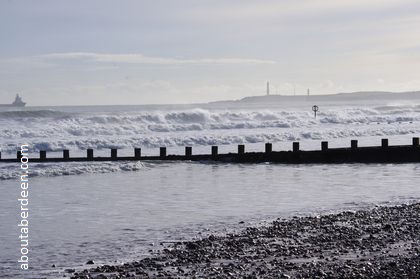 A short walk takes you to the Beach Boulevard Retail Park. 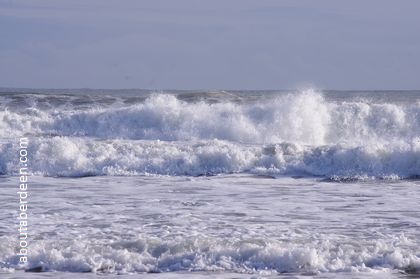 Views seen include the North Sea where ships are usually waiting to be piloted into the Harbour as seen in the photograph below. 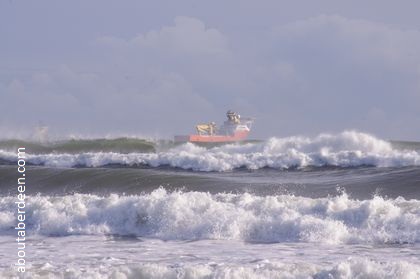 Other views beyond the harbour include Torry Battery and the Queens Links golf course. 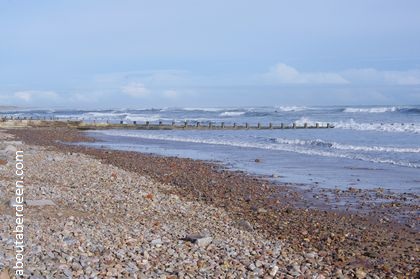 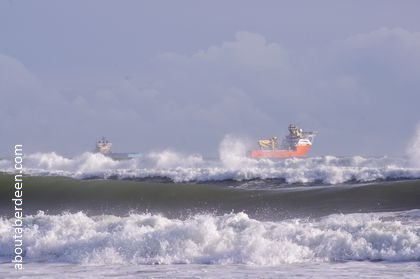 The Beach Ballroom is also located in Queens Links where dance classes, concerts and events are held. 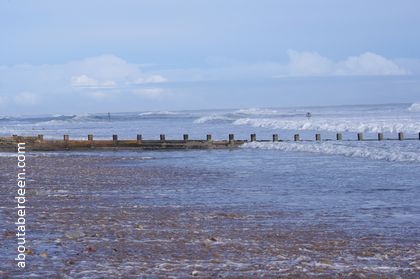 Several years ago it suffered from erosion so replacement sand was shipped in and modern day visitors will see the large black rocks, These rock groynes are designed to stop further erosion. The wooden sections that separate sections are the old fashioned wooden groynes. 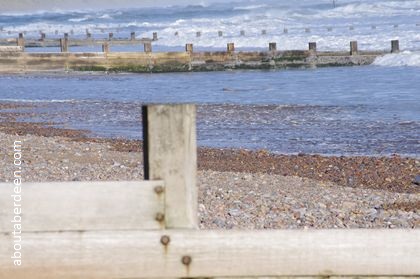 This photo shows the end of the walk with a view to the Bridge of Don: 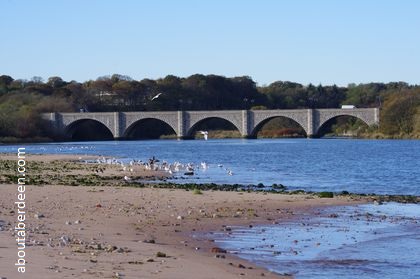 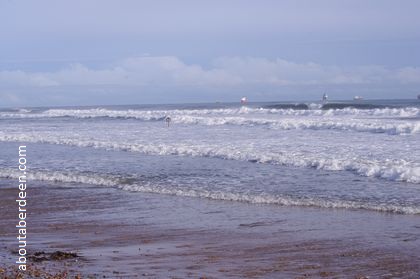 Places To Visit With Children