Information about the Gordon Highlanders museum Aberdeen with exhibits, opening times and facilities:

The Gordon Highlanders Museum Aberdeen preserves the historic association that the North East of Scotland had with this Scottish Regiment that amalgamated first to The Highlanders in 1994 and then to The Royal Regiment of Scotland in 2006. 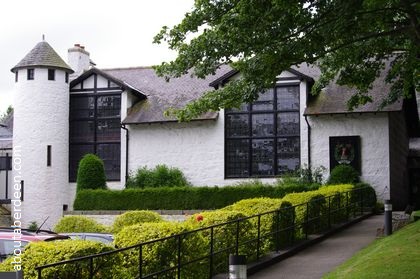 It is interactive with a range of audio visual displays, uniforms for children to dress up in, mannequin displays showing famous battles involving The Gordon's, and their popular medal collection and weapon display. The medals collection includes 12 Victoria Crosses.

This is the Poppy Dolphin by artist Howard Butterworth which was at the entrance during the summer of 2014 as part of the Dolphin Sculptures trail. 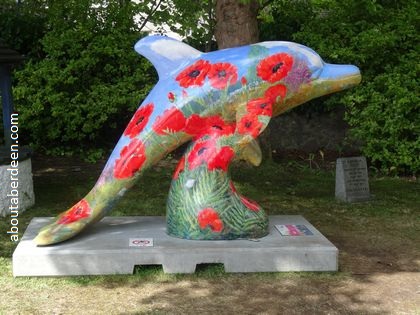 It was originally the home of prominent Scottish artist Sir George Reid. When the Gordon Highlanders were based at their Barracks in King Street the building was used as the Regimental Headquarters. Rooms are still displayed and set out for mess dinners and formal functions with the Regimental silverware. These can be hired for functions. There is free parking and disabled access to the exhibition.

Doted amongst the exhibition are many paintings of them in battle throughout the years dating back to the Peninsular War in Spain and Waterloo. Many exhibits are from the Great War and the Second World War including Far East Prisoner of War (FEPOW) memorabilia when many were taken Prisoner of War (POW) by the Japanese who captured Singapore. Do look out for the model of a close quarters battle in the streets of Germany with bombed out buildings. 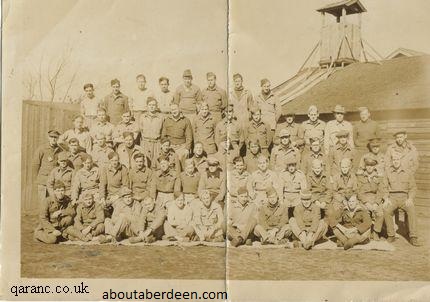 ByDand was their motto which meant steadfast and their mascot is now ByDandy who gives educational talks to children and makes guest appearances throughout the year.

There are special events throughout the year at the Museum. These include talks by military leaders and military historians, a spooky tour of the exhibits on Halloween and the popular Christmas Fayre.

Do make time to visit the magnificent gardens where many plants commemorate the fallen soldiers. The gardens can be accessed through the cafe conservatory. Do make time for a drink and snack at the cafe; their banoffee tart is legendary.

A family history search is available for those whose relatives served in the Regiment. 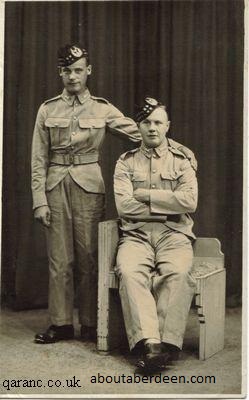 When leaving do visit the nearby Johnston Gardens Aberdeen park by turning right, then right again and following the road round to their free car park.