Buy this beautiful Gordon Highlanders poppy badge with the Regimental emblem inlaid on the metal poppy shaped badge. It also has the Gordons motto of By Dand below the cap badge. It attaches easily at the back by a butterfly clip. 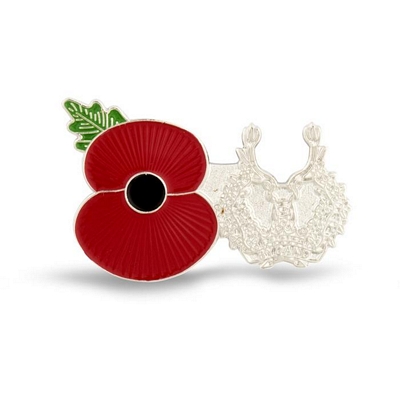