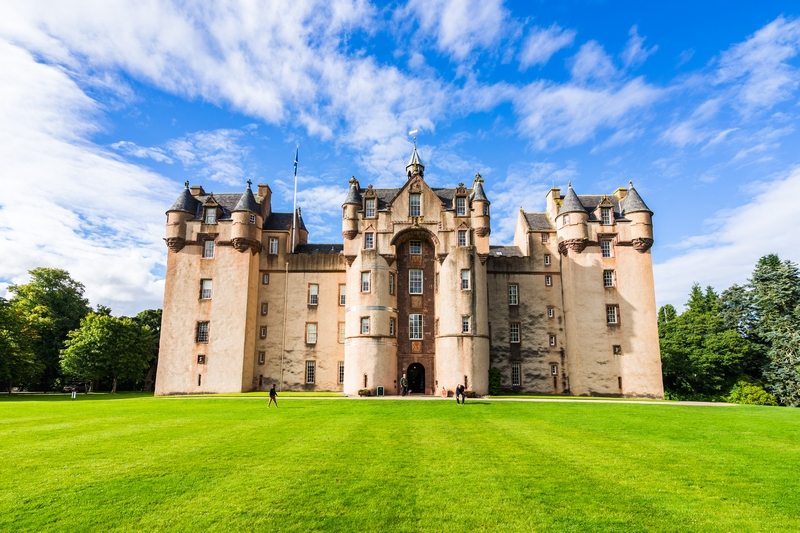 Fyvie Castle, near Turriff, is a most picturesque former royal stronghold and baronial fortress palace with charming gables, turrets and towers. It was built in 1390, following the Battle of Otterburn by 5 families (Gordon, Leith, Meldrum, Preston and Seton) who each constructed one of the five towers. It is owned by the National Trust for Scotland.

It has been visited by Robert the Bruce, Edward the 1st of England, The Marquis of Montrose and William the Lyon. It was originally built as a Royal hunting seat. 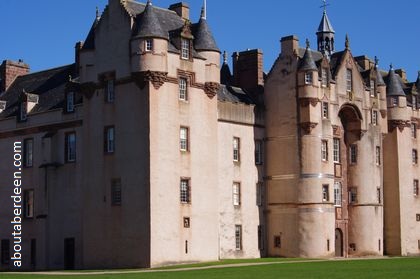 Many families have owned it over the Centuries and these include the Lindsay's, the Preston's, the Meldrum's, the Seton's, the Gordon's and lastly the Leith's. The building is now owned by The National Trust for Scotland, who took ownership in 1984. Visits to the inside are by guided tour and visitors are rewarded by the rich and well preserved dEcor, furnishings and original artwork and tapestries. The Morning Room still has the original 17th Century plaster ceilings and panelling.


The main turnpike stair of Castle Fyvie has 22 coats of arms for local families (cited in Castles of the Clans: The Strongholds and Seats of 750 Scottish Families and Clans 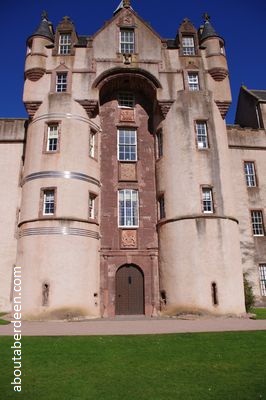 Allow another hour to walk around the stunning gardens and parklands. Those who venture towards the loch will be rewarded with panoramic views and a very peaceful environment.


A well deserved rest and a great cup of tea and lovely home-bakes can be purchased in the Victorian Kitchen Tearoom. 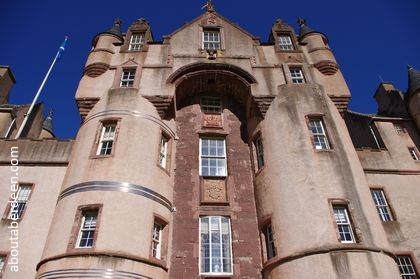 Fyvie Castle ghost and dark stories include a secret room within the Meldrum Tower which if anyone enters a disaster will follow them.

The legend of the weeping stones of Fyvie came about after a visit from Thomas the Rhymer. He was also called True Thomas and he had the gift of prophesy and seeing the future which he gained after a love affair with a Fairie Queen. On his visit he foretold doom until three stones which were used for the Preston Tower are returned to their original placement which was between the Church lands and the Castle. One is thought to be in the Charter Room, another in the foundations of the Tower and the last is somewhere in the River. Each stone is said to weep whenever trouble threatens the Laird. One stone in the Tower remains dry when all the surrounding stones are wet, and when they are dry this one stone is wet... 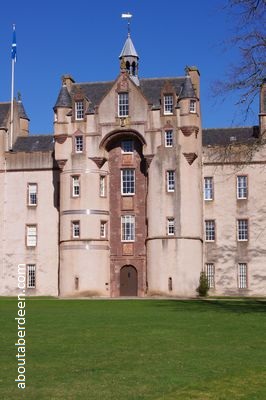 Other Fyvie Casle ghosts include two haunted rooms which are called the Murder Room and the Ghost Room where a lady was confined in one and then move to another, locked in and starved to death. Her skeleton was unearthed by workmen in the 1930s. She is known as The Grey Lady.


On the 8th May 1601, Dame Lilias Drummond, first wife of Alexander Seton died and Alexander remarried (to Grizel Leslie) shortly after. On the wedding night the newly weds heard great sighing outside their room. In the morning the window sill had an upside down carving which read D.Lilias Drummond. She has haunted the building since and is known as The Green Lady. Whenever she appears something terrible happens to the family. It is not known how Dame Lilias Drummond died, some say she was starved to death by her husband for not producing a male heir, others say she died of a broken heart, whilst others say she died of an illness. 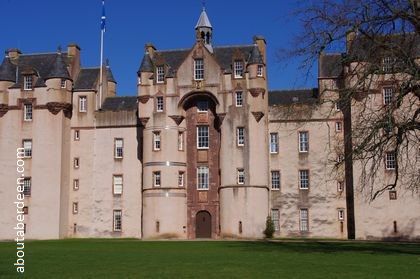 There is also a drummer ghost, though some refer to it as a trumpeter. It is thought to be the spirit of Andrew Lammie who was either banished or abducted when he fell in love with the local miller's daughter, Agnes. He plays his instrument when a member of the family is near to death.


Major John Paton, a guide there, had a ghostly encounter that was written about in the Scotland In Trust Magazine published in Spring 2008. Though he has never seen the Green Lady he did feel someone walk past him in the top corridor. There was no-one there and he smelt a strong rose perfume. 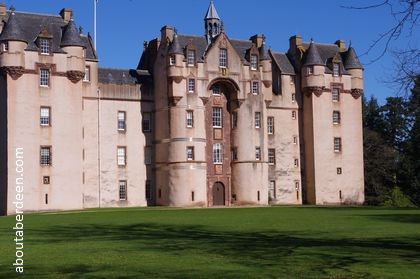 To get there take the A96 to Bucksburn from Aberdeen then join the A947 to Turriff. The postcode for your sat nav is AB53 8JS.