The Freedom of Aberdeen City

Several people have been granted the Freedom of Aberdeen City over the years. More recently, in 2017, this Freeman honour has been bestowed to Aberdonian footballer and charity figurehead Denis Law for his Denis Law Legacy Trust work. Other recipients have included: 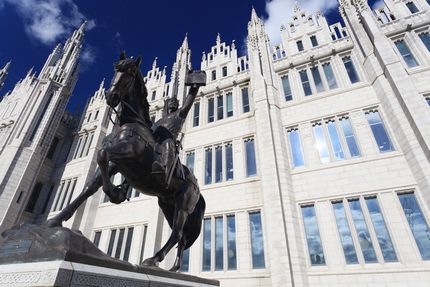 The cast of Scotland The What?

During a ceremony at the Town Hall, the recipients of The Freedom of Aberdeen City sign the Freedom Roll, usually in the presence of the Lord Provost. They then receive a Burgess Ticket. A parade is held down Union Street as part of the celebrations and the Freeman then greets the crowds at the Town House balcony.