Information about the ghosts of Culloden Moor from the Battle of Culloden during the Jacobite Risings such as the Great Scree of Culloden and the Highlander Ghost:


The Jacobite Risings took place in 1715 and then again between 1745 and 1746 within the British Isles, though predominately in Scotland. The Jacobites fought rebellions, battles and wars in an effort to restore James VII of Scotland (also James II of England) and his descendants of the House of Stuart back to the throne. The name Jacobites comes from the Latin word Jacobus for James. Before we describe the Culloden ghosts we will briefly explain the history of the Culloden Moor battle: 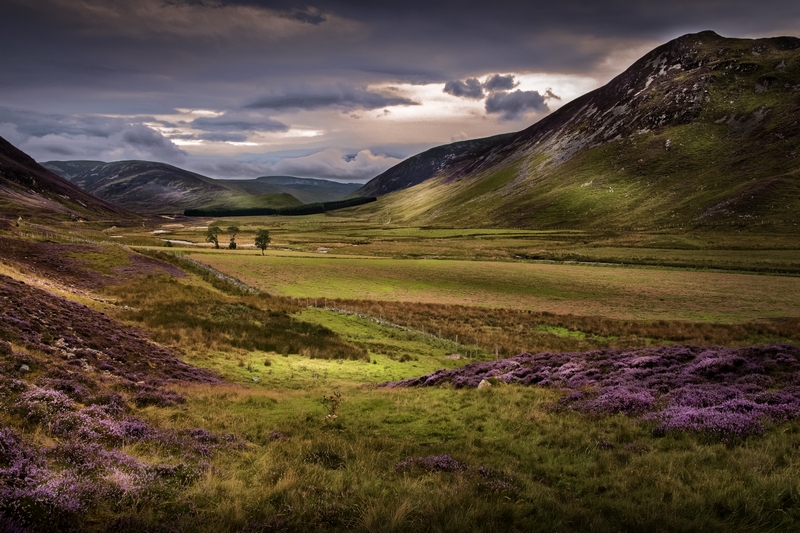 Take a Coach Trip from Aberdeen to Culloden


The Jacobites of the second uprising, known as the forty five, were led by Bonnie Prince Charlie (Charles Edward Stuart, the Young Pretender) and they fought against the British Government Hanoverian troops (The House of Hanover) that were led by Prince William Augustus the Duke of Cumberland whose father was King George II. The nickname of the Duke of Cumberland was the Butcher.


The battle of Culloden Moor took place on 16 April 1746. Culloden Moor was boggy that day and the weather conditions of heavy rain made the Moor more sodden. This prevented the Highlanders from charging the Government redcoat troops in this civil war who were able to easily defeat the Highlanders. The Government troops were also fully rested and refreshed whilst the Highlanders had returned from a march to England where they had been trying to gather support for their cause. The weary and hungry Jacobite troops of Bonnie Prince Charlie were slaughtered within about 40 minutes.

Not all members of the Hanoverian army were English. Though the Jacobites were Scottish there were many Clan members of Scotland who were at the battle of Culloden Moor fighting for the Hanoverians. There were very few Highlanders, as opposed to Lowlanders, other than the Campbells and their dependencies, such as the Munroes, on the field. Many of the rank and file were against this, but they were generally constrained to obey their chiefs: with the exception of the Grants of Glenmoriston, MacLeods of Rassay, and others whose chiefs remained wither neutral or loyal to the Hanoverians. Some of the clan chiefs played both sides of the field by having troops and cadets in the Jacobite forces and vice versa. There were a number of English Jacobites which included deserters from the English forces among the Jacobite ranks as well.

The gunners of the Hanoverian army bombarded the Jacobites as they tried to charge from the sodden Culloden Moor. Many Jacobites were killed by this volley of gunshots and cannon fire. Those who made it through to the enemy lines were cut down by a mixture of weapons such as swords, spontoons (a pole arm), bayoneted muskets (the famous Tower Arsenal model nicknamed the "Brown Bess") and claymores of the ground troops and the mounted cavalry.

The Hanoverian troops used a new fighting technique to overcome their hand held weapons from hitting the target which was the small shields carried by the Jacobite soldiers in their left hands for body protection. The Hanoverians were taught to hold their positions in the line and when the weary Jacobites charged they would thrust their bayoneted musket to the right thus piercing the body of the Jacobite whose right arm would be raised to carry and aim their sword. Many Jacobites were killed or wounded this way and the Duke of Cumberland earned his nickname of the Butcher that day by ordering the death of any wounded Jacobite. The redcoats clubbed or bayoneted surviving Jacobites to death, often mutilating their bodies before moving onto the next wounded Jacobite.

So on the 16 April 1746 the entire Jacobite army at Culloden Moor was killed. Any that managed to flee from Culloden Moor to neighbouring villages were hunted down by the Hanoverian troops and slaughtered along with those harbouring the fugitives. Even innocent women and children were murdered. Homes, barns and out buildings were destroyed by the troops.

The only surviving building after the battle was the Old Leanach Cottage which was inhabited until 1912 and then kept preserved by the Gaelic Society of Inverness. Old Leanach Cottage is now kept by the National Trust for Scotland, as is the Moor, and the Old Leanach Cottage has been refurbished to look like it would have done in the 18th century. The cottage did have surrounding barns but these were burnt down when Government redcoats found 30 wounded Jacobites seeking refuge within them. So they barricaded the barn and burnt the Jacobites alive.

Those Jacobites that were not slaughtered where they were found were captured and imprisoned at places like Tolbooths whilst they awaited trial, sentence and inevitable execution. Peers of the realm were quickly beheaded whilst other Jacobite prisoners were hung, drawn and quartered. Some prisoners faced lesser charges of wishing the Jacobites well, or being witnessed to drink to the health of Bonnie Prince Charlie. For these "crimes" they were deported to the colonies.

The Disarming Act was passed by the Government and all weapons had to be surrendered. Even bagpipes were considered a war weapon and were destroyed and some Pipers were executed.

The Highlanders clan system was outlawed and the highland dress of the kilt and tartan was banned. Anyone found wearing any form of tartan was jailed for six months and reoffenders were transported for seven years. The most common garment worn in those days was the belted plaid which was a rectangular shaped cloth measuring 6 feet by 6 yards and held in place by a waist belt. The belt could be loosened or removed to unfurl the belted plaid so that the wearer could use the garment as a blanket. Plaide is Gaelic for blanket. The modern kilt originated years later after the Disarming Act and was popularised thanks in part to King George IV visit to Edinburgh in 1822 and the popularity of the books of Sir Walter Scott.

Cattle, sheep and horses of the Highlanders were seized and sold off, depriving the surviving widows and children of an income and means to support themselves.


Over 5400 Jacobites took part in the Culloden Moor battle and many died that day at the hands of the Hanoverian troops who were merciless and brutal. There were over 9000 Hanoverian troops with only about 50 killed in the battle. The Hanoverians had about 2400 mounted troops, 10 three pounder guns and six coehorn mortars. Culloden Moor saw much bloodshed that day with over 1000 Jacobites killed on the Moor and the slaughtered Jacobites were buried where they were slain, often with little more than a stone or clan badge to mark their grave. Some grave stones were marked with the clan of the fallen Jacobite. In 1881 Duncan Forbes erected headstones on the graves using local information passed down from family to family as to where each fallen Jacobite was buried. There is now a large visitor centre at Culloden Moor and a large cairn to commemorate the fallen Jacobites. This too was built by Duncan Forbes in 1881. The inscription says:

The Battle of Culloden was fought on this moor 16 April 1746. The Graves of the Gallant Highlanders who fought for Scotland and Prince Charlie are marked by the names of their clans.

The Gaelic Society of Inverness hold an annual commemoration service on the Saturday before the 16th April.

There are said to be many ghosts at Culloden Moor such as anniversary ghosts who return on the 16 April to relive the battle and their deaths. These Culloden ghosts make themselves heard by the cries of battle. Some witnesses have heard the clash of steel on steel as if of broadsword and sword fighting.


Reported Jacobite ghosts include the vision of a dead Jacobite soldier under a tartan cloth on one of the grave mounds at Culloden Moor.


As well as birds not singing on the Moor there is a large ghostly bird that inhabits Culloden Moor and was first sighted on the eve of the battle on the 15 April 1746 by Lord George Murray who was the Jacobite Commander. It is a huge black bird called the Great Scree of Culloden Moor and anyone who sees the Great Scree will have bad luck. It was certainly a bad omen for Lord Murray and his fellow Jacobites. This Harbinger of doom has been seen by many walkers in the area.


A frequently seen Culloden ghost is that of a Highlander ghost who is tall and has a drawn weary face. He quietly says "Defeated to those he meets.


There were and still are many drinking wells in the Culloden area. One near to the Culloden Moor battle site is called St Mary's Well. This well has ghosts who are thought to be ghosts of the dead highlanders killed at the battle.

Another well at Culloden Moor is called The Well of the Dead. The body of Alexander MacGillivray of Dunmaglass the leader of Clan Chattan was found here. Alexander MacGillivray led his men on such a ferocious charge that he broke through the first line of defence of Cumberland's army before being killed. A plaque by the well commemorates his bravery.