Braemar Castle
The history of Braemar Castle Scotland and its ghosts with facilities, events listing and photographs of this beautiful Royal Deeside Castle 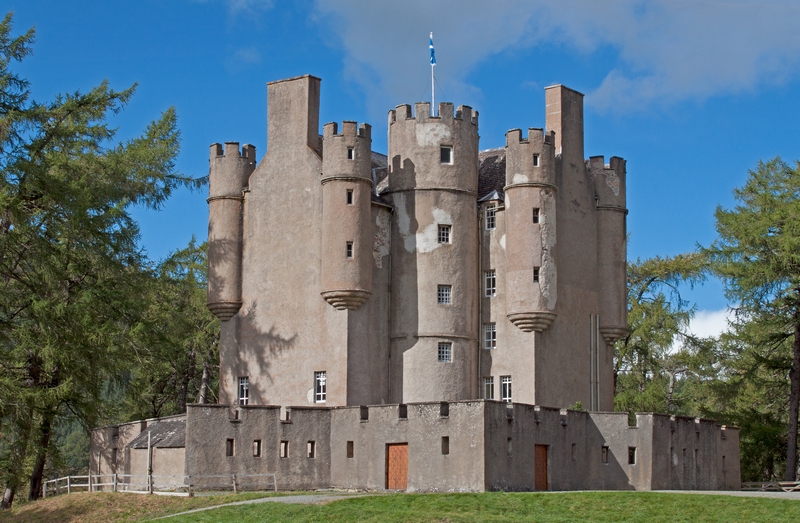 Braemar Castle is an L plan Tower House built by the Erskine Earls of Mar in 1628 to replace nearby Kindrochit Castle which was thought to have been destroyed by cannon because its inhabitants contracted the plague.

The Castle was built as a hunting lodge and as a safe guard against local clans such as the Gordons, Forbes and Farquharsons. In 1689 Stewart supporter James VII was deposed and staunch Jacobite supporter John Farquharson (The Black Colonel) of Inverey invaded the Castle and burnt it. Then during the Jacobite Rising of 1715 the 11th Earl of Mar fled the Country and once more the Farquharsons gained control of the lands and the Castle. 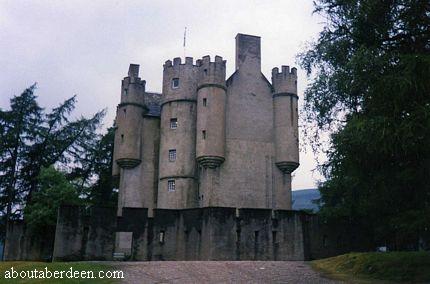 In 1746 the Castle was refurbished and was used as a barracks having been leased to the Hanoverian Government by John Farquharson of Invercauld.

The Redcoats were stationed there to keep the peace following the Jacobite Uprising of 1745. Several of the Redcoats etched their names onto walls and window shutters of Braemar Castle and their names can still be seen. This includes Ensign B. Sullivan and Corporal William Dix.

Hanoverian Troops left in 1797 and it was returned to a Castle residence by the Farquharsons of Invercauld. They remained living in the Castle up to 1982. Queen Victoria visited the Castle when she attended the Braemar Gathering.

Braemar Castle has a curtain wall surrounding it with gun slits. Another interesting feature is the huge iron yett (large gate).


Enter the doorway after walking through the curtain wall. The shop and entrance point is to the right. There is no tour guide, though the guides in the shop are happy to answer any questions and there are cards in each room (in different languages) which explain key features and historical points of interest. Follow the alphabetical signs to make your tour of the Castle. 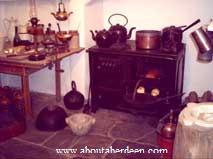 Items of interest within the rooms include:

A piece of plaid worn by Prince Charles Edward Stuart at The Battle of Culloden in 1745.

A sword which dates back to the Bronze Age (approximately 800 B.C.) which was found in a nearby bog at Gairnshiel in 1826.

Hanoverian Troops etchings on window shutters in The Drawing Room.

Antique furniture throughout the Castle includes a Chippendale Mirror, Queen Anne Tallboy and a Hepplewhite commode and chairs.

Artwork includes etchings by Piranesi, paintings by Gustav Dore and watercolours by George B Campion.

Taxidermy specimens including an eagle, mountain rabbit and deer. 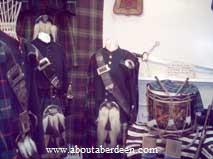 As you leave the Castle there is a small unventilated pit prison which is 12 feet by 6 feet. This is called the Lairds Pit where local offenders were thrown down - some bones still remain...


John Farquharson is said to still haunt the Castle where he leaves a burning candle. His outline has been seen on the four poster bed. Some have smelt his tobacco in the rooms.


Recently married couples are reputed to be the only people who are haunted by a newly married woman who killed herself by throwing herself off of the battlements. She had woken up one morning of her honeymoon to find her husband gone (he had gone out early morning hunting) and became distraught at thinking he had left her. Her ghost haunts the Castle looking for him. Ghostly footsteps that have been heard are thought to belong to her.


A Scottish piper has been heard and there have been sightings of him.

Others have reported the sounds of steel clashing on the staircase as if of sword fighting. 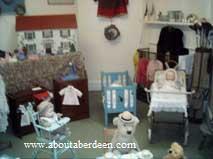 A crying baby has been heard through the Castle - a young baby was murdered in the Castle.


The Castle has original stairwells which make visiting the rooms unsuitable for disabled and wheelchair visitors.

Children are very welcome at the Castle, though pushchairs and prams will not be able to access each room. Children who count the hidden teddy bears around the inside of the Castle will get a treat from the shop.

There are toilets in the grounds of the Castle. The Castle grounds have a large picnic area with a large grassed area, picnic chairs and benches. The shop in the Castle sells souvenirs, chilled drinks from a large fridge and chocolate and crisp snacks and ice-creams. No hot food is served and there is no cafe or restaurant. Braemar does have a range of cafes, coffee shops, restaurants and hotels which serve food.

No photographs are permitted to be taken at the Castle. They do sell postcards though with up to date photos.

Their website has up to date visiting hours and times with current admission ticket prices.


How To Get To Braemar Castle

Directions From Aberdeen - Take the A93 heading through Cults, Peterculter, Banchory and Ballater. Just before Braemar you will see another Royal Deeside Castle called Invercauld Castle on the right. This is a private home and not open to visitors. After this you will see Braemar Castle. The first entrance on the right is for disabled visitors and coaches. The next right turn takes you to the free car park. There is a small walk to the Castle from the parking area.

Read more about the ghost of John Farquharson and his rising coffin.

Read about Kindrochit Castle and its ghost story.