Details of the Touch of Tartan Ball auction and raffle prizes celebrity guests and where to buy tickets. Includes details and history of the Banchory Bangle 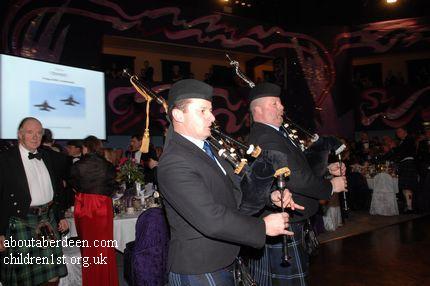 The next Touch of Tartan Ball will take place on TBA November. More information to follow soon.


The 2009 Touch of Tartan Ball took place on 20 November 2009. Laurence and Jackie Llewelyn Bowen attended. The Banchory Bangle was won by Emma McIlwraith of Aberdeen. It was once more made by the silversmith Malcolm Appleby. Over £107,000 was raised for Children 1st.

The 2008 Touch of Tartan Ball Aberdeen took place on the 21 November 2008 at the Beach Ballroom in Aberdeen. It was the 21st Touch of Tartan Ball held in Aberdeen. The Banchory bangle was once more be created by Royal engraver Malcolm Appleby from donated 18 carat gold. That year's Banchory Bangle is called Little White Rose of Scotland and features Scottish garnets from Fife called Elie Rubies. Raffle tickets were on sale for the 18 carat gold jewellery piece and proceeds were donated to Children 1st.

There are two special pieces of jewellery specially created for the 2008 Touch of Tartan Ball. The 2008 Banchory Bangle has once again been created by Malcolm Appleby and Jamieson and Carry have designed a necklace with 21 diamonds to celebrate the 21st anniversary of the Touch of Tartan Ball. 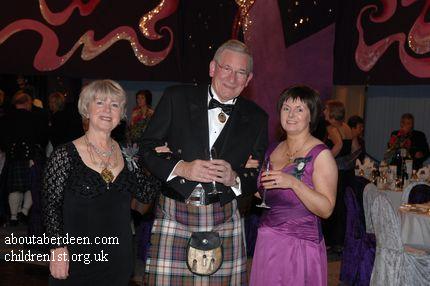 The Touch of Tartan Ball event, usually held at the Beach Ballroom in Aberdeen has often been described as one of the most eagerly awaited social events of the year - if proof of this is needed then try buying tickets nearer the date of the event - they are all sold out soon after going on sale! The Ball may even have the accolade of being the best in Scotland. 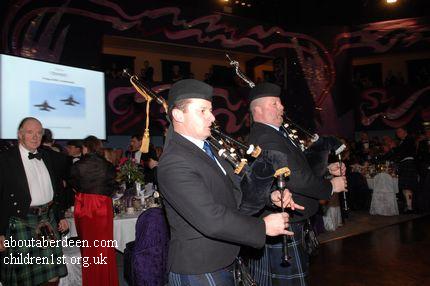 Each year has a new theme and the evening will begin with pre-dinner drinks and canapes. This is followed by a sumptuous 3 course dinner. Dancing is preceded by the Loyal Toast. There will be an auction which once again promises a vast array of spectacular lot with generously donated luxurious prizes. There is also a tombola which has hundreds of prizes which includes the unique Banchory Bangle, created by Malcolm Appleby (more about this beautiful piece of jewellery below). 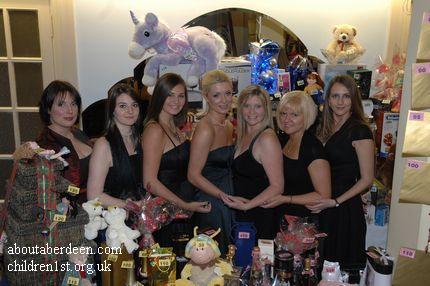 
Another highlight will be the raffle for the Banchory Bangle which is crafted every year for the ball by jewellery designer Malcolm Appleby. The bangle is made from melted down gold which is either unwanted or been donated specifically to help the Children 1st charity and features a different theme every year. An identical design in silver is the second prize. 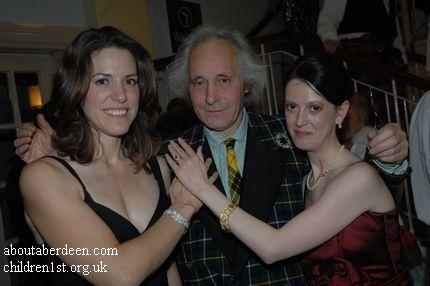 In 2007 Aberdeen jeweller Jamieson and Carry kindly donated a necklace to the Touch of Tartan Aberdeen event. For 2007 it was an 18 carat white gold necklace and was be auctioned to raise funds for Children 1st. It resembled that years Touch of Tartan Ball theme of the Northern Lights. The Jamieson and Carry Children 1st Necklace had an engraved diamond studded disk set with a midnight blue sapphire. The jeweller had crafted this design in the gold necklace to resemble the Northern Lights constellation.

The original Banchory Bangle was created in the 1970s by Malcolm Appleby who is a royal engraver and renowned jeweller. It was crafted in silver and was displayed in a local Butcher shop and sold to the highest bidder.

The 2006 Touch of Tartan Ball was held on Friday 17 November 2006,
Several months after the 2006 Touch of Tartan Ball a private reception was held to thank the charity fundraisers for their hard work for Children 1st. It was held at the Town Hall by Aberdeen Lord Provost Mr John Reynolds. The private reception was attended by representatives from companies like RBG, Logik, Acergy and Dales/Enterprise Engineering Partnership. Each company was presented with a framed copy of the ball's black gold theme design.


The Touch of Tartan Ball 2005 took place on November 18th at the Beach Ballroom in Aberdeen.


That years auction prizes included a days sailing on the racing yacht Drum. This was formerly owned by Simon le Bon from Duran Duran and is now the pride and joy of Sir Arnold Clark.


All jewellery was be modelled on the night by Miss Commonwealth Scotland, Amanda-Jane Taylor.


The 2005 event had a tropical paradise theme and buoyant designer Lawrence Llewellyn Bowen and wife Jackie will once again be guests of honour. 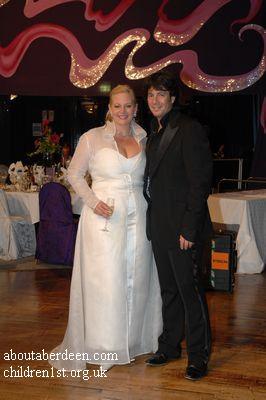 To view photographs from the 2005 event and to buy the photos see www.touchoftartan.co.uk