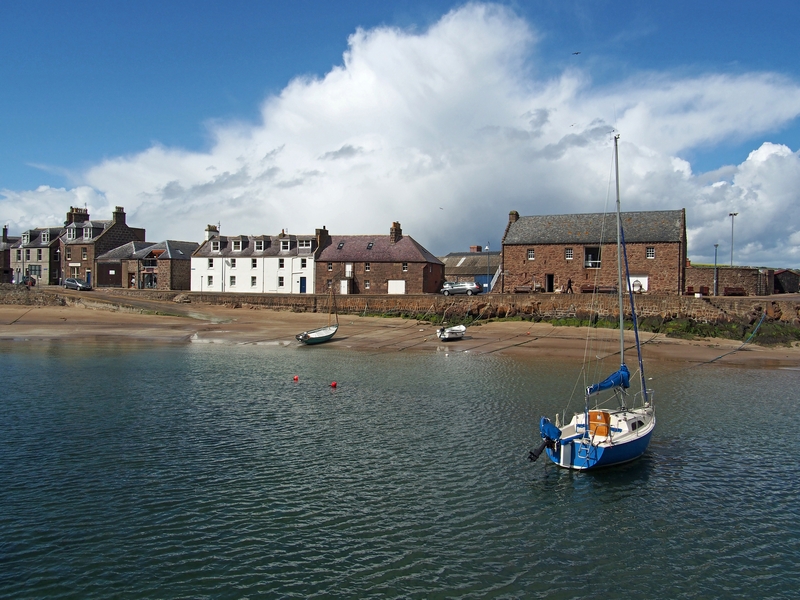 It is Stonehaven's oldest building. It was built in the 16th Century as a storehouse for George the 5th Earl Marischal whilst Dunnottar Castle was being built.

In 1600 it was converted into a Courthouse and Tolbooth. It has held rioters and condemned prisoners.

After the 1745 uprising Episcopalian clergymen were held prisoner at The Tolbooth Stonehaven.

The Court was moved in 1767. Thereafter the building was used as a storehouse by the local fishermen and merchants.

A Second World War mine exploded in the harbour causing damage to the building. It fell into further dilapidated state in 1953 after severe storms. 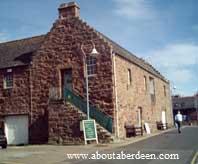 In 1963 it was officially opened as a Museum by Her Majesty the Queen Mother. The upper floor is a fish restaurant.

On display in the Tolbooth Museum Stonehaven are various historic items such as the Inverberbie stocks, cup marked stone and The Crank which was a punishment device which was weighted down and had to be turned by prisoners. Tightening the screw would make it harder for the prisoner. This is why prison guards are called screws.

There are Town Officer and Provost uniforms on display, including the Provost's chain and badge.

Kitchen and household bygone day's items are on display such as a hand powered washing machine, tattie chipper and spurtle.

The oldest fossil (a Pneumodesmus newmani, an air breathing 1cm animal) found in the UK was found in nearby Cowie by Mike Newman and a cast replica is on display along with a model as to what the creature would have looked like when alive. The fossil was found in a layer of sandstone rocks.

No photographs are permitted to be taken in the museum.


Nearby Attractions and Events Include: