Guide to the Mall Trinity Centre Aberdeen shopping, facilities and shops with opening hours and history 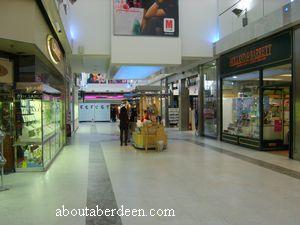 Located on the main area of Union Street, it is one of the oldest and still much used. It was called The Trinity Centre Aberdeen until 2006 when the name changed. On Saturday 14 August 2010 The Mall Aberdeen reverted back to the original name after being bought over by Rockspring Property Investment Managers.


Click the links below to go to their online shops and see their discounts, deals and offers such as free delivery: 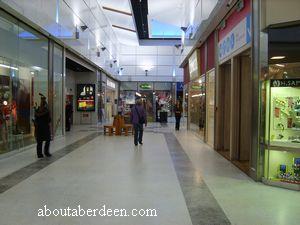 
Top Tips: Before buying at Argos use their free click and reserve service where you can see if your item is available and reserve it for collection the same or next day. You can then pay in the store when you collect your item(s). See www.argos.co.uk

for details. Alternatively shop online from the comfort of your own home and take advantage of special internet offers, including free delivery when you spend over £150.


It has two entrances and exits on Union Street, next to the Primark shop and another beside the Ottaker's and HMV stores. Each entrance is wheelchair accessible. The rear entrance brings you out to Guild Street and takes you down some steps towards the bus and train stations.


The renaming event in 2010 was marked by the release of 100 blue balloons to signify the new brand colours. Staff were dressed in 1980s costumes to reflect the history of the bulding since it opened first in 1984. For example the security guards were dressed as characters from the film Ghostbusters and the operations manager was outfitted like a flamboyant Freddie Mercury. Customers were invited to come dressed as 1980s characters and prizes were awarded in this fancy dress competition. The winners were dressed as Barbie and Michael Jackson and won a prize of £25 vouchers. There was also free vouchers and kids entertainment such as children face painting.

It was built in 1984 and named after the former Trinity Hall on which Primark now stands. It was due to open on 27 September but the opening was delayed and it was officially opened on 12 October 1984. 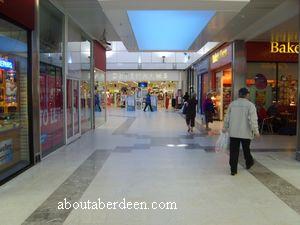 A range of snacks, drinks and meals can be purchased and eaten at the restaurant within the Debenhams store on the 2nd floor. There are also the home bakes and meals from Olivers Bakery and a range of fruit juices and healthy eating at the Zumo Juice Bar.

Toilets can be found next to the Debenhams Restaurant and also on the lower floor, near the underground car park. Take the steps or the lift just outside the entrance to Debenhams.
There is also Parent and Baby room facilities with feeding cubicles and changing facilities.
A disabled toilet can be found in this area. 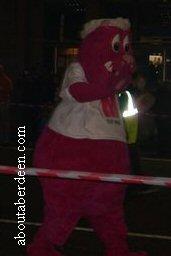 The mascot is the cute pink Mall Monster. Far from being a monster he is a bug softie. I'll try and get a clearer photo.


Christmas events include carol singing by local schools and a wishing well where customers can leave charity donations whilst making a wish.


Directions - Head into the City, and follow the signs. The Car Park can be found by turning right down Bridge Street then following the signs. The car park has over 400 spaces with some wider spaces for the disabled and drivers with children.
Alternatively use the Park and Ride facilities which will drop and collect you from nearby bus stops.


Littlewoods was located where Primark is now. It closed in early 2006 around the time when it was renamed and Primark opened on the 9 December 2006. At the time it was the largest Primark shop in Scotland.


Before it was built the front shops on Union Street were Littlewoods, McMillan's and Timpson Shoes (where the front is now located). The Pizza Hut restaurant next door was the Lyric Restaurant in the 1970s.

Master Reiki healer and teacher Carol Leslie performs the ancient healing art of Reiki most Thursday afternoons. She can be found just outside the Passion for Perfume shop. Donations from her Reiki Healing are donated to their nominated charity which for 2007 is VSA. For 2006 it was Northsound Radio station charity Cash For Kids.

This alternative healing has helped many an Aberdonian to relax and the release the universal life force energy that is beneficial for the bodies own self healing mechanism. Read more at www.cashforkidsnorthsound.co.uk and read more about Carol Leslie and the ancient Japanese therapy of Reiki in her book Divine Timing 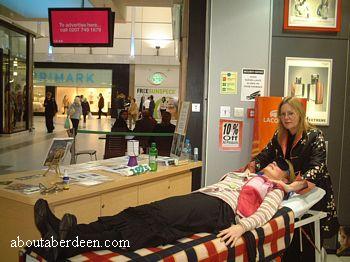 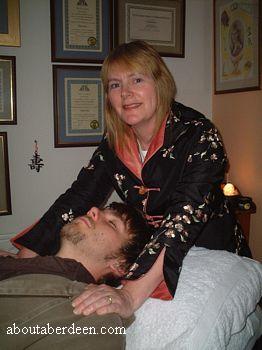 Each Easter they hold an Easter Egg appeal. Shoppers are asked to donate one of any size which are then donated to children's organisations and charities throughout the City, such as Barnardos. In the first year of 2000 there were 200 chocolate eggs donated. In 2006 this rose dramatically to 2202 as more generous Aberdonians learnt about it.

In 2007 it underwent a £1 million refurbishment. This was the first time since opening in 1984 that the roof had been worked on. The aluminium vaulted ceiling was replaced with a new roof that would allow more light making it much brighter and lighter for customers and staff.

On the 17 December 1992 the famous and much loved car Chitty Chitty Bang Bang came to visit the children. It was driven by Santa Claus and the event was arranged by Debenhams with the help of the car's owner Pierre Hicton.