This is beautiful and peaceful and visitors can walk between the tall Perthshire Douglas fir trees in paths suitable for walkers of all ability. Wheelchair access is also possible. 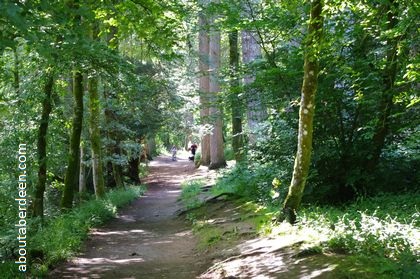 
Along the designated trails you will see the River Braan and further up a mixture of bridges giving views to rapids, a magnificent waterfall, Ossian's Cave and a carved totem pole. 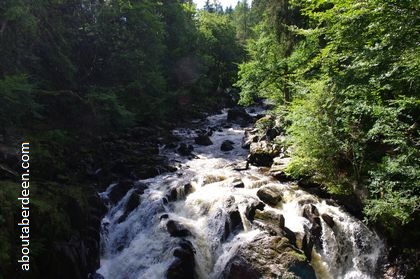 One stone bridge dates back to 1770. Salmon can often be seen leaping in the water during the summer. 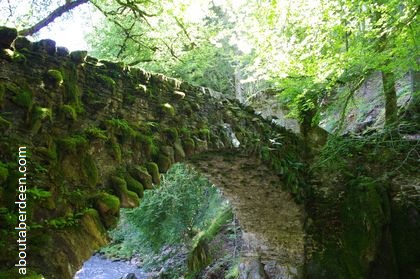 Another centrepiece of the trip is seeing the Georgian folly building Ossian's Hall where views of the Black Linn waterfall are spectacular and worth the exercise. Photographs of this, the views and the cave can be found on the Ossians Hall and Cave page. 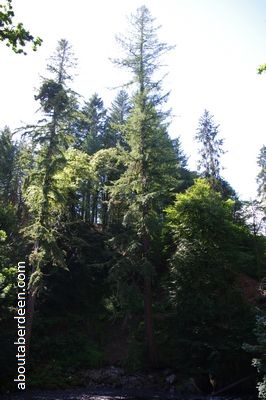 There is plenty of parking and free entry to this National Trust For Scotland cared for area. We could not see any toilets though we think there are some in nearby Birnam. 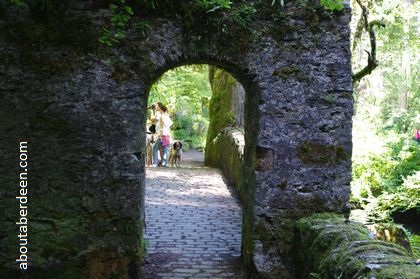 The Hermitage pleasure ground is the oldest Tourist attraction in Scotland and can be found just off the A9 near Dunkeld. It was a stopping point in the grand Scottish tour and visitors can follow in the footsteps of Wordsworth, Turner and Mendelssohn. 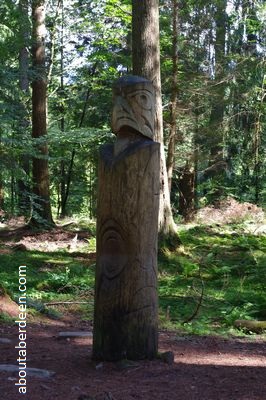 It was originally landscaped grounds until created by The Dukes of Atholl at Dunkeld House for walks, the building and the cave retreat. The tallest tree is now 212 feet high and was planted in 1887. The oldest is a Cedar of Lebanon which was planted over 235 years ago. 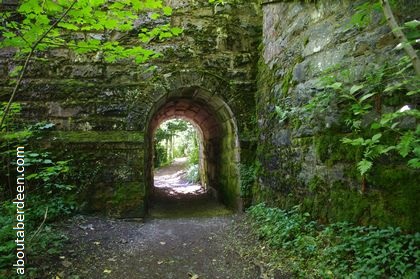 The black pool is nicknamed because of the dark waters which are caused by the rapid waters stirring up the peat surroundings and mixing with the foaming white water from above.

The postcode for your sat nav is PH8 0JR. 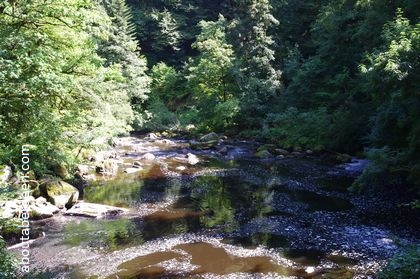 We stayed in nearby Pitlochry Hydro Hotel so that we could visit other attractions like the Scottish Crannog Centre, Queen's View, Falls of Bruar, Rannoch Moor Train Station, Dunkeld Cathedral, Loch of Lowes Osprey, Beatrix Potter Garden, Blair Castle and Diana Grove with Hercules Garden, Atholl Country Life Museum and the Pass of Killiecrankie Walk.