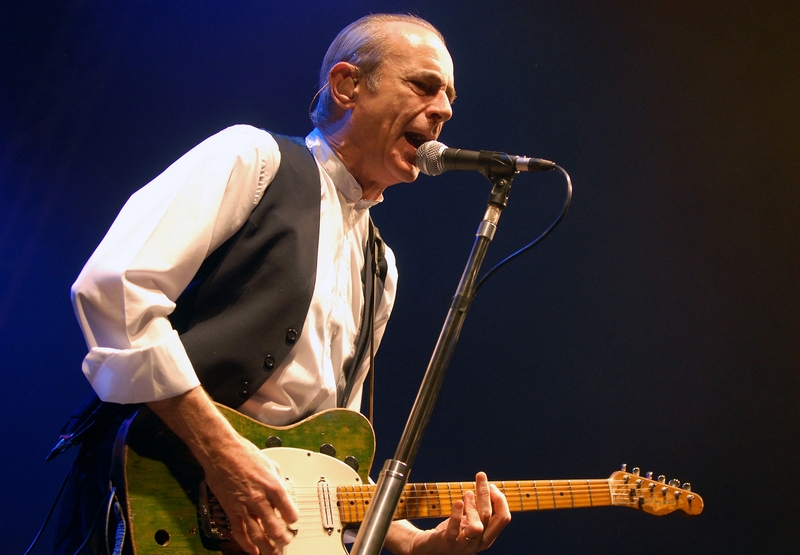 It's become a Christmas tradition that the rock group Status Quo comes to Aberdeen to cheer our winter blues with their live concert at the AECC. Aberdonians love to air guitar to Rick Parfitt and Francis Rossi as they belt out hits such as Down Down, Rockin' All Over The World and In The Army Now. Members of the audience have been known to bring inflatable guitars to strum along too as Status Quo provides the hits.


The 2010 Aberdeen Status Quo concert takes place on Friday 17 December at the AECC. It is part of the Status Quo Quid Pro Quo tour. The special guest will be Rock and Roll musician Joe Brown.

Details of the 2011 Status Quo concert at the Aberdeen Exhibition and Conference Centre will be added soon.

Rick Parfitt and Francis Rossi of Status Quo have been coming to Aberdeen for many years during their over 40 year's musical career. The only exception was in 2005 when the gig was cancelled because guitarist Rick Parfitt had to undergo medical tests for a suspected throat cancer. Fortunately he has had the all clear and is still Rockin' All Over The World during their 40th anniversary Europe Tour.

The 2009 Status Quo concert was held at the AECC on Tuesday the 15 December with Roy Wood as the support act.

The 2008 Status Quo concert was held at the AECC on Tuesday the 16 December as part of their 24 night tour entitled Pictures: 40 Years Of Hits


2007 is no exception and Rick Parfitt and Francis Rossi of Status Quo will be rocking and rolling at the Exhibition Centre (AECC) on Monday 17 December 2007 as part of their Fourth Chord tour. The title of the Status Quo concert comes from their new album In Search of the Fourth Chord.

Status Quo were in Aberdeen on the 20 December as part of their Just Doin' It tour. The band Twentysevens will be the guest supporting act.