Simon Caine will be returning to Aberdeen on the 25th July 2019 at the Lemon Tree with his 2018 Edinburgh Fringe show. But wait, there's more. He will also be performing his new 2019 Fringe show, Every Room is a Panic Room (when you overthink enough). 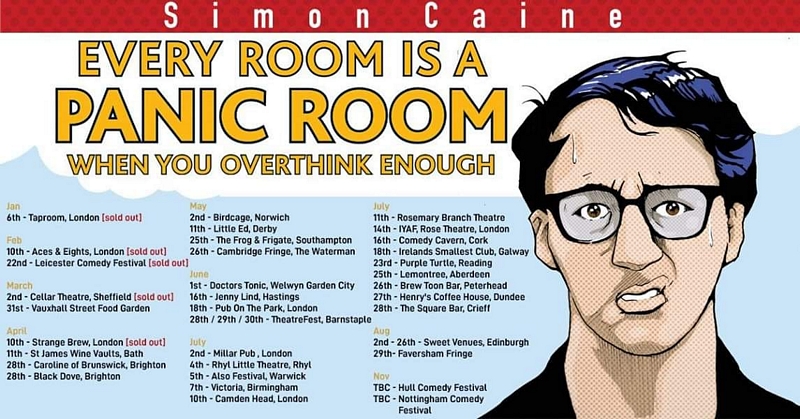 That's 2 whole fringe shows in one night! A double whammy! All without
having to step foot on a Megabus to Edinburgh.

Opening the show will be local North East comedian Marc Christie with his off the wall, alternative and energetic comedy style