Seaton Park Aberdeen is a 27 hectare Council owned park at Don Street in the Bridge of Don area. It is ideal for families looking for exercise or those seeking solitude in their walled gardens. Seaton Park is a popular place for those playing football in the large grassed area. The train and carriages style climbing frames are popular for younger children. It is also frequently used by dog walkers with long walks that take you along paths adjacent to the River Don. Seaton Park Aberdeen has easy access to Old Aberdeen with an exit and entrance by St Machar's Cathedral. 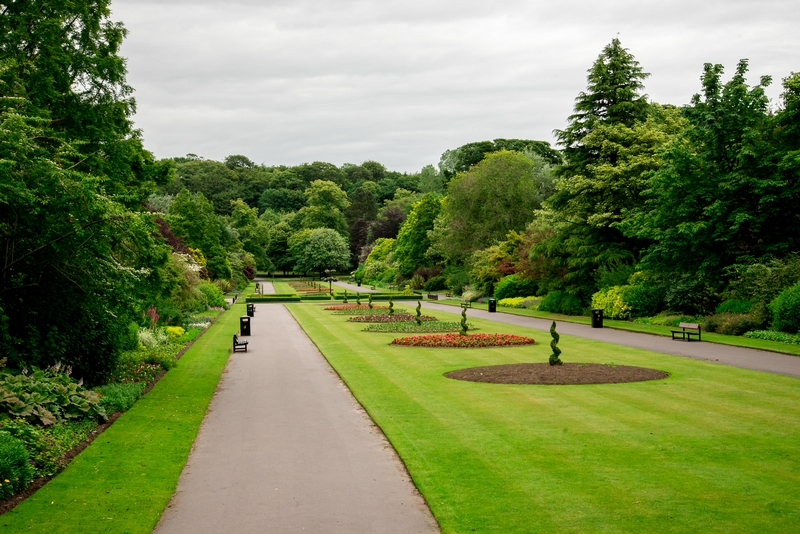 There is a free car park at Seaton Park Aberdeen which is easily found by driving up King Street and turning left at the Lidl traffic lights then following the signs for Hillhead Aberdeen University student accommodation. An electronic lock public toilet is available for park users. At the time of writing this Seaton Park review the cost is 20p. This is next to the children's play area.

The walled garden of Seaton Park Aberdeen is noted for its topiary, flowers and rose beds. 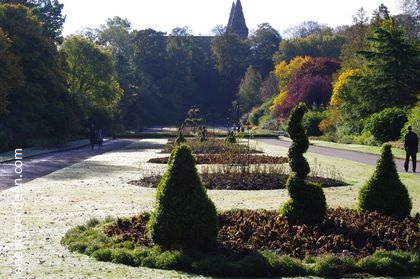 A short walk takes you to a wonderfully ornate fountain that reads: 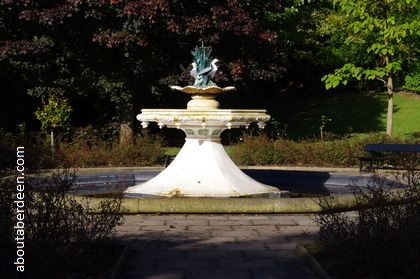 Seaton Park was purchased by Aberdeen Council in 1947 from Major Hay.

Walking further on takes you to the banks of the River Don and as you can see from this photo is worth the walk. There are further walks along the bank. 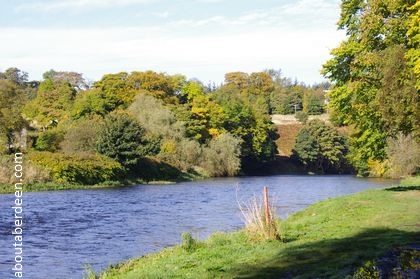 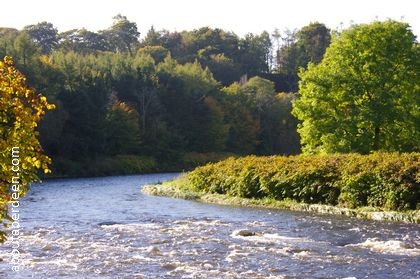 At the edge of the playing fields overlooked by Old Aberdeen is an old war pillbox built into the hill. The entrance has been buried by land slippage and sadly the loopholes have been blocked. 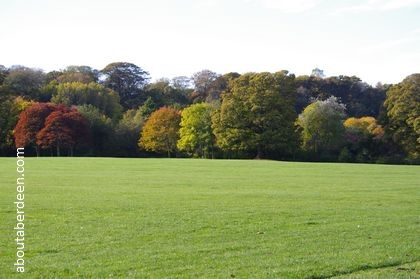 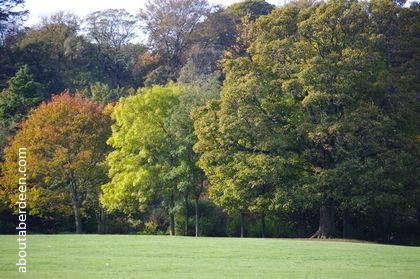 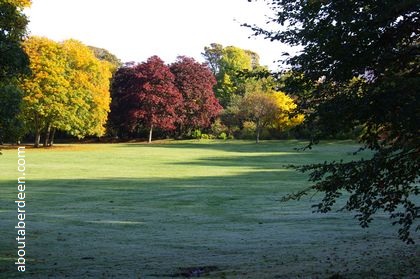