The ghosts of Sandwood Bay in the North West Highlands of Scotland including the Sandwood Bay sailor ghost, mermaids and Sandwood Loch cottage wild horse ghosts: 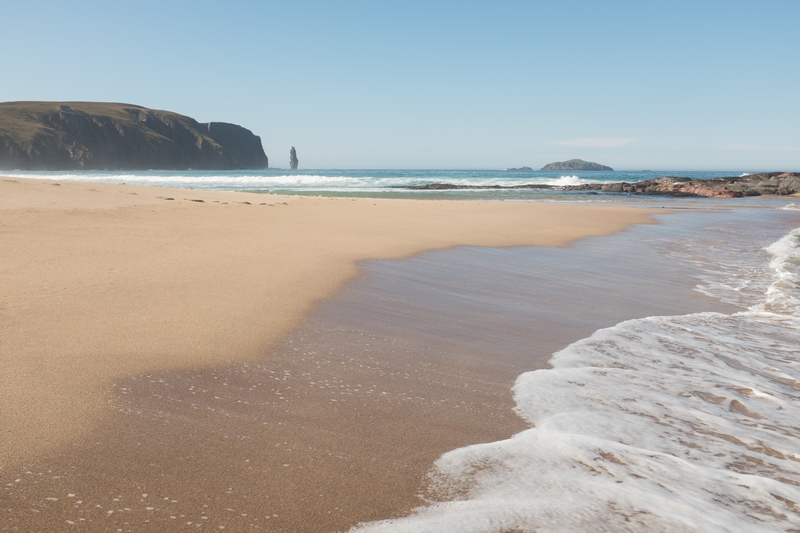 Sandwood Bay is in the North West Highlands of Scotland near Cape Wrath in Sutherland. Despite being at the North of Scotland it has a beautiful sandy beach. It also has some beach ghosts.


Sandwood Bay is haunted by a bearded sailor ghost who haunts the beach. He has been witnessed wearing a sailor's cap, a tunic with brass buttons and heavy sea boots. It is thought that this beach ghost is a sailor from a Polish ship that sunk in Sandwood Bay.


At Sandwood Loch, near the Sandwood Bay, is a deserted cottage. A former resident still haunts the cottage and his footsteps can be heard walking the area. This Sandwood Loch ghost is thought to be an Australian man who used to come and stay at Sandwood Loch cottage.


A strange occurrence that took place at the Sandwood Loch cottage was reported by a couple who stayed near there. One night they both woke to hear and feel the ruins of the cottage shake and vibrate. It was accompanied by the sound of wild horse ghosts stamping.


Sandwood Bay is said to be home to mermaids, though none have been sighted since the 19th Century.