The History Of St Nicholas Church

Situated in the heart of Aberdeen town centre on Union Street, St Nicholas Church and its graveyard is nicknamed the Mither Kirk (Doric for Mother Church) due to its age. It dates back to the 12th Century and there is evidence that another Church was situated on the site before that time. As with other churches, it suffered during the Reformation but was rebuilt and repaired soon after.

Sir John Gordon who was executed after the Battle of Corrichie in 1562 is interred in the Crypt. 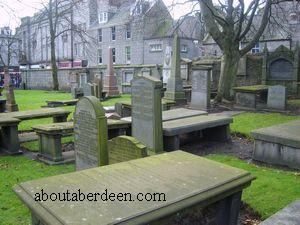 The Graveyard of the Church is a popular place for those seeking a rest from the hustle and bustle of the shopping area. There are some comfortable benches and many folk like to browse around the tombstones and memorials, some of which date back to the 17th Century. One of its occupants haunts the Graveyard.


The Graveyard is reputed to be haunted by the ghost of a lady dressed in a white dress. She is seen to have black hair.


Tours Of The Kirk Of St Nicholas Aberdeen

Visitors can enjoy a tour of the Church, the graveyard and also recent archaeology digging excavation site. The tours are free, though please do consider leaving a donation. For opening times and the time of each tour then please see their website at www.kirk-of-st-nicholas.org.uk 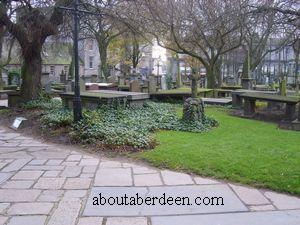 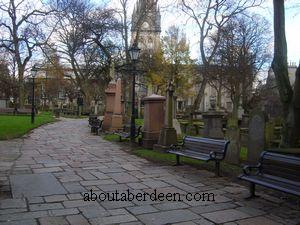 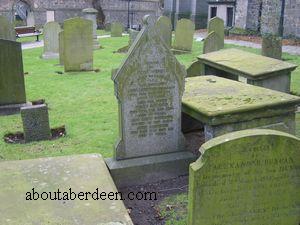 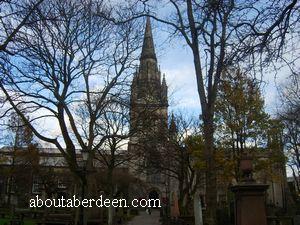 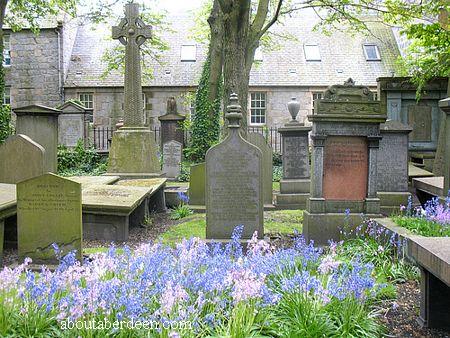 6 July 2008 - Memorial service at the Kirk of St Nicholas Uniting, Union Street at 2pm to mark the 20th anniversary of the Piper Alpha tragedy on the 6 July 1988. It will be led by the Reverend Andrew Jolly who is the chaplain to the UK oil and gas industry. At 4pm there will be an act or remembrance at the Piper Alpha Memorial at Hazlehead Park. The families and friends of those 167 men who died and those affected by the Piper Alpha tragedy are invited to attend the memorial service and the act of remembrance.


In June 2007 Aberdeenshire Council won an award at the International Green Apple Awards of 2007 for its work in preserving our historic kirkyards. TV presenter and botanist Professor David Bellamy OBE presented the trophy at a ceremony at Kensington Roof Gardens in London.

Thursday 16 April 2009 12.45pm This Free lunchtime concert concert will be held at Drum’s Aisle in St Nicholas Kirk - MUSIC FROM DRUM CASTLE - Music for small orchestra, songs and piano in association with National Trust for Scotland, supported by a Cultural Engagement Grant .