Rockin' The Broch is the North East's Family Open-Air Concert on the 8th June 2019 from 4pm till 10pm with doors open at 3pm. It supports the Fraserburgh Sea Cadets and Royal Marines Cadets. 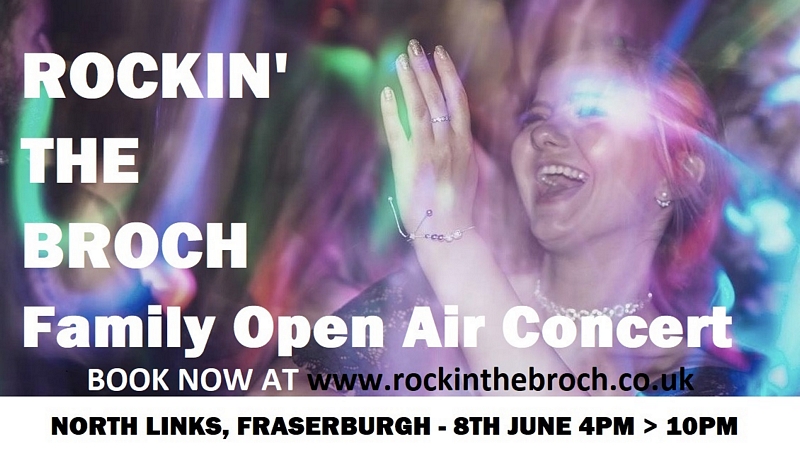 It takes place at the North Links, Fraserburgh which is situated to the rear of the Leisure Centre.

Confirmed acts include the cover and ceilidh band Flung Aboot as well as DJ sets.
There will also be catering retailers, a bar and entertainment for children such as a bouncy castle and assault course. The evening finishes at 10pm with a spectacular fireworks display.

Booking of tickets must go through the website as no tickets are available on the gates.