Queen's View and Loch Tummel near Pitlochry in Scotland is a must when in Perthshire and is one of the most breath-taking panoramic scenes we have enjoyed. It enjoys the deserved reputation of being the most photographed part of Scotland with its outlook across to the Tay Forest Park, Schiehallion hill and Loch Tummel. On a clear day you can see across the Glencoe Mountains. 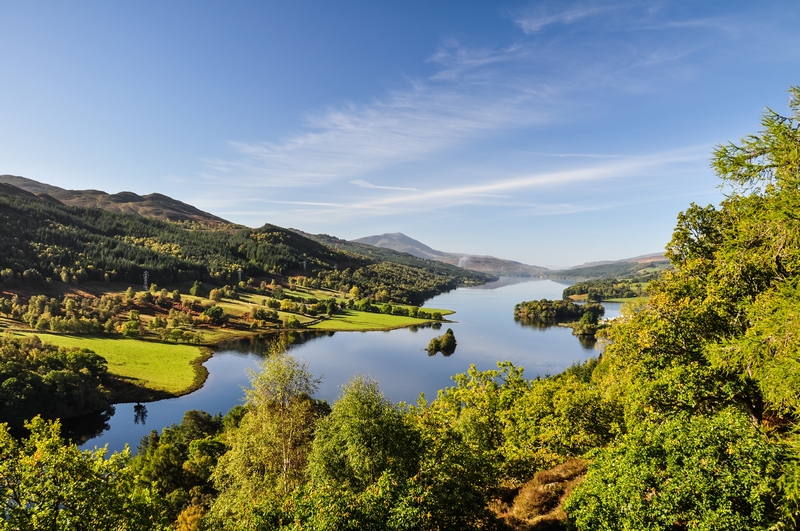 Queen's View Scotland is named after 14th Century Queen Isabella of Scotland, the wife of King Robert the Bruce, who stopped here on her explorations. Queen Victoria visited the area in 1866 and it is often mistakenly said the scenic spot is named in her honour. 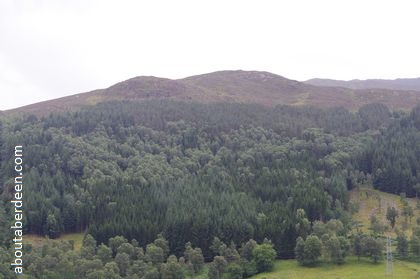 The visitor centre has information boards detailing the history of the area and being white dove owners were impressed to see this dovecote set into their attic roof. 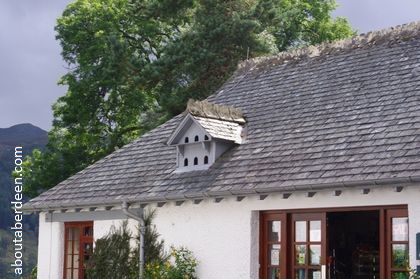 The postcode for your sat nav is PH15 5NR. It is four miles from Garry Bridge near the Pass of Killiecrankie along the B8019.

There is a cafe selling delicious homemade meals and hot and cold drinks. It is open from April through to October. The patio area is well frequented by birds thanks to the large trees and we couldn't resist sharing these photos of common chaffinch. 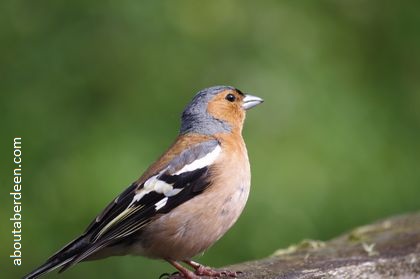 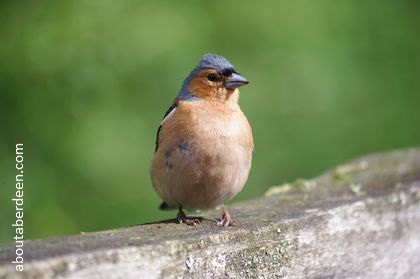 There is a large car park for which there is a small charge, though disabled visitors with a blue badge get free parking. There are toilets by the tearoom. On the way there along the path is this interesting wooden carving of a mother and baby statue. 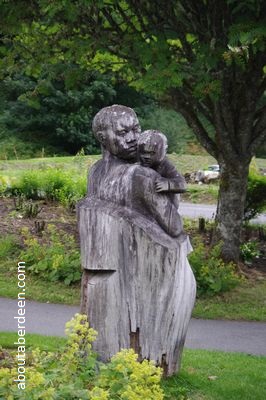 
The views West across Loch Tummel will have changed since our Monarch's time because in the 1950s it was raised by 4.5 meters when a dam was built during the Hydro-Electric Power Scheme. This does not detract from its beauty though. 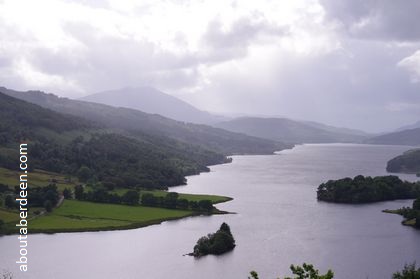 For nearby accommodation try the Pitlochry Hydro Hotel.