The Invention of the MRI machine, the first patient it was used on and a Biography of its inventor 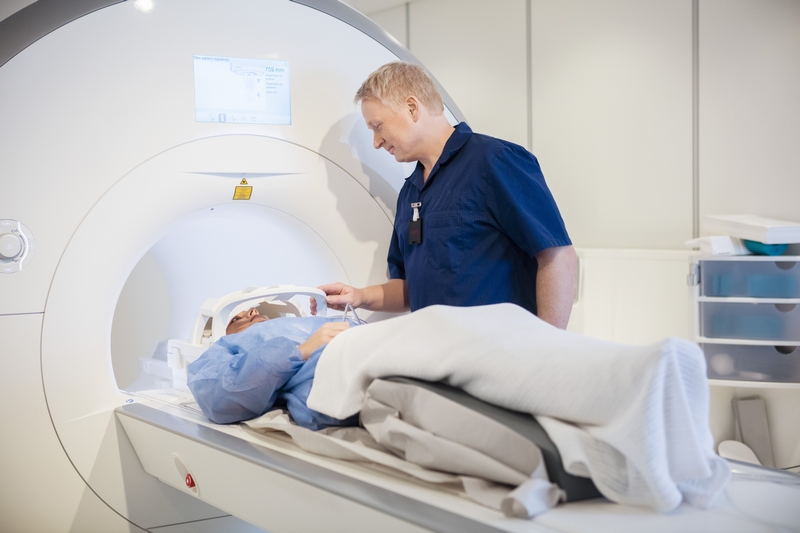 
Professor John Mallard, the head of Physics at Aberdeen University, led the physicists team (which included Professor James Hutchinson and Dr Bill Edelstein) who developed and tested the MRI (Magnetic Resonance Imaging) body scanning machine and brought its wide spread use to the medical profession. They were assisted by Medical Doctor Francis Smith, a Consultant Radiologist.


The team developed research from the original nuclear magnetic resonance work of Edward Mills Purcell and Felix Bloch in 1946.

The first patient it was used on was a man from Fraserburgh, Aberdeenshire who had terminal cancer. His Oncology Consultant was Dr Chris Smith. The patient had stomach cancer and the MRI scan showed that he had a primary tumour in his chest, an abnormal liver and secondary cancer in his bones. This occurred on August the 28th 1980.


John Mallard became the first Professor of Medical Physics at the University of Aberdeen in 1965. His first lecture discussed the importance of PET (Positron Emission Tomography) which he later developed after his involvement with MRI.


In 1998 the John Mallard Scottish PET Centre at Foresterhill Hospital was opened by Sam Galbraith, the Scottish Health Minister.

In 2004 Professor John Mallard was awarded the Freedom of the City of Aberdeen.

In 2009 Professor John Mallard donated his awards, which includes medals and plaques to Aberdeen Medico Chirurgical Society at the University of Aberdeen in Foresterhill.