Portlethen Gala takes place at the Academy and grounds on Saturday 18th August 2018 from noon to 5pm. It’s fun for all the family with Zorbs, Bouncy Castle and Bumper Cars, Huskies, Critters and Owls, Refreshments, Craft Stalls, and more. 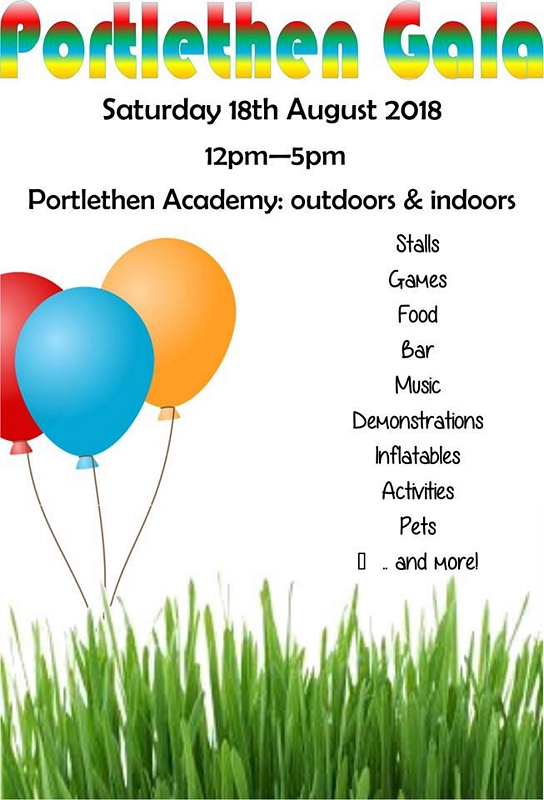