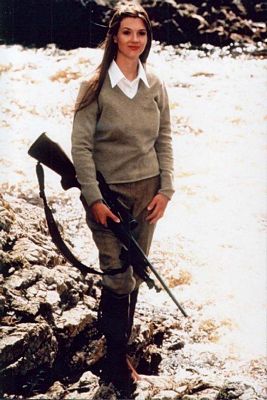 
The photo of Portia Simpson to the left was taken by Peter Moore and appeared in The Field and is reproduced here with kind permission. View more photos at petermoorephotos.co.uk 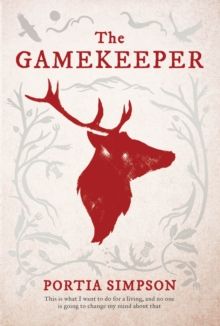 She has published her memoir called
The Gamekeeper

where she tells her story of how she first broke into a traditionally conservative, male-dominated profession and the skills, training and dedication that helped to set her apart. She gives an intimate account of a life filled with stunning landscapes, heart-wrenching lows and magnificent highs, and shares her expert insight into the world of game keeping. Offering a sense of wonder at the mystique and natural beauty of the wild, this is a fascinating and unique look at the life of the huntswoman. 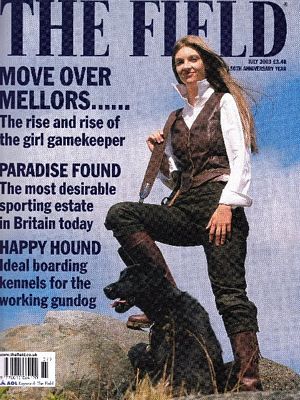 Portia Simpson has also worked as a model and has done some modelling for the Barbour Country Clothing range and these publicity shots were published in The Field magazine along with an article about Portia Simpson the first female Gamekeeper and Deer Stalker. The photos were shot by photographer Pete Moore and can be viewed at petermoorephotos.co.uk and further below.


The following two photographs of Portia Simpson were taken by photographer Alan Gordon, Aberdeen and kindly provided by her mother Diana. 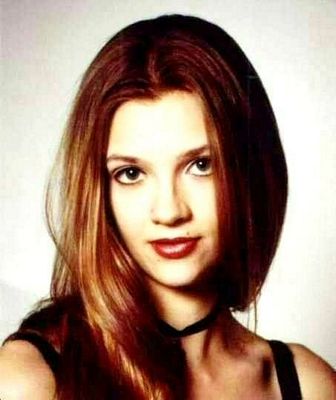 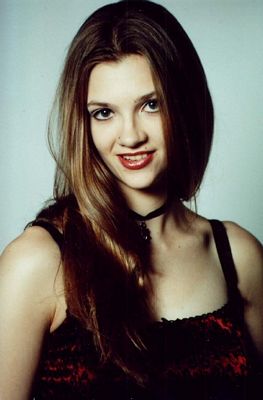 Portia Clare Simpson grew up in Stonehaven and lived at Riverside Drive. She attended Mill O'Forest, Junior School and then Mackie Academy High School with her brother Brian Simpson. Their parents are Gordon who after gaining a degree in Mechanical Engineering worked with BP and is now doing contract work for Shell. Their mother is Diana and she and Gordon originally come from Caithness, Scotland.

The photograph below shows Portia Simpson with her black Labrador gun dog Blue. His name comes from what she called her favourite grey and blue rocking horse when she was a child. 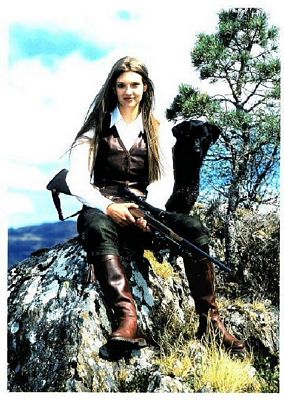 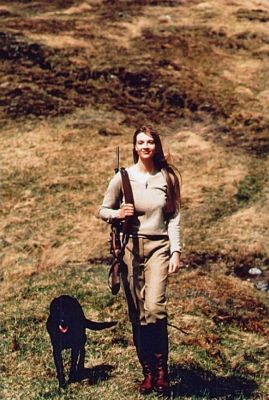 For her practical training Portia Simpson worked at Ardverikie Estate, Scotland. This is where the television programme The Monarch of the Glen was filmed. The scriptwriters introduced the character Jessica Jess MacKenzie - the female gamekeeper in series 6 and 7, played by actress Rae Hendrie and her part was based on Portia. The scriptwriters of Monarch of the Glen used some of Portia's experiences for a story line from time to time. 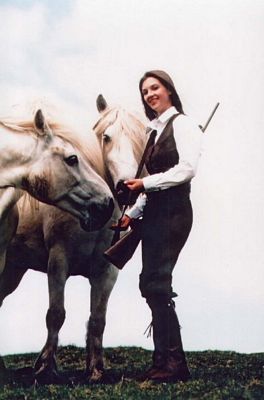 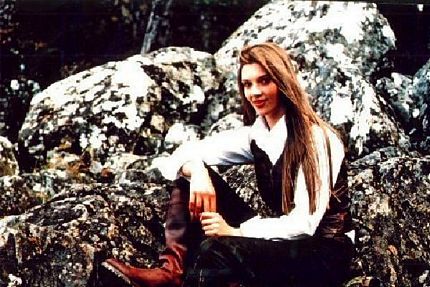 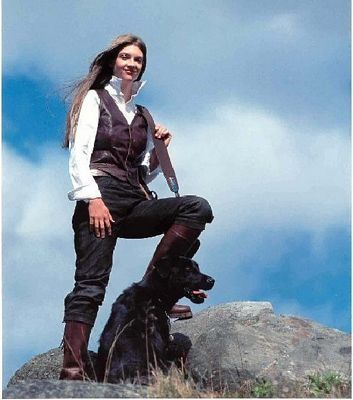 More TV Celebrities from the North East of Scotland.