On the 6th July 1988 at 2204 hours the World's worst offshore accident occurred when a series of explosions ripped through the Occidental platform.

167 men lost their lives and only 62 survived as the inferno spread across the North Sea.


The Hazlehead Park in Aberdeen has a memorial to those who lost their lives on the day and since. The bronze memorial was created by Scottish artist Sue Jane Taylor. It was unveiled by the Queen Mother and the event was attended by survivors, their families, the bereaved families and rescuers. 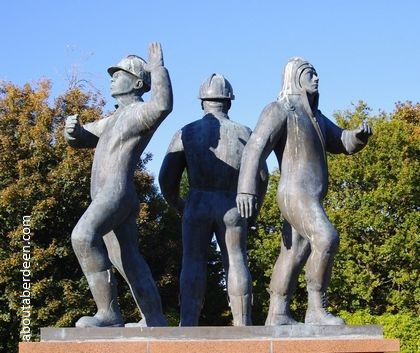 The entrance to the Piper Alpha Gardens in Hazlehead Park Aberdeen states:

This commemorates the 167 men killed in the prime of life, on 6th July 1988, at the Occidental oil platform, Piper Alpha, 12 miles offshore in the North Sea. Only 61 men were rescued from the platform.

The tragedy was the World’s worst off-shore disaster and led to a 188 day public enquiry and detailed report by Lord Cullen. Improvement in safety provisions for off-shore personnel was strongly recommended. The families of these lost commissioned the Memorial which was designed and sculpted by Sue Jane Taylor at the Scottish Sculpture Workshop Lumsden cast at High Wycombe and funded by private and public subscribers listed in the Memorial Book displayed in Aberdeen Art Gallery.

On 6th July, 1991, The Memorial was unveiled by Her Majesty Queen Elizabeth the Queen Mother.

The plinth under the Piper Alpha Statue states:

Dedicated to the memory of the one hundred and sixty seven men who lost their lives in the Piper Alpha Oil Platform Disaster 6th July 1988.


Following the tragedy an enquiry called the Cullen report led to major safety reforms throughout the oil industry. 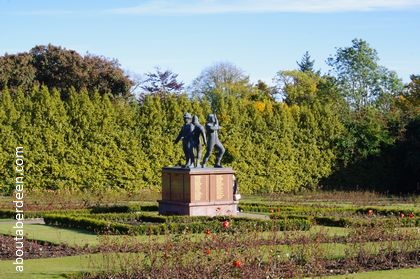 There is a Families and Survivors Association. 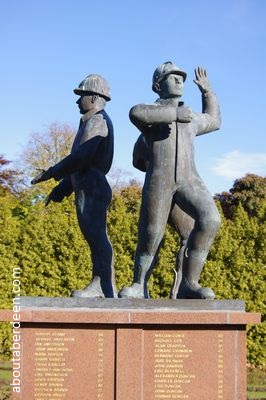 
The Pound For Piper Memorial Trust aims to raise £1m to help maintain the Piper Alpha memorial gardens at Aberdeen's Hazlehead Park in time for the 2013 25th anniversary year of the oil disaster. To make a donation or buy fund raising merchandise visit https://www.poundforpiper.co.uk 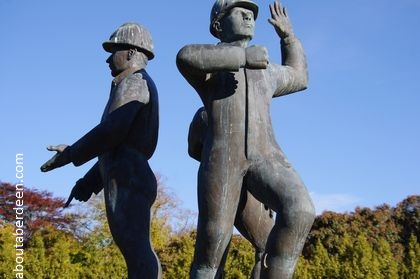 On Saturday 6 July 2013 there was a rededicaton ceremony and remembrance service held here. It began with a fly past by an RAF Sea King helicopter from Lossiemouth. The names of the 167 men who died were read out by representatives of the oil and gas industry. Floral wreathes were laid.