Biography of Peter Mullan, the actor and director, who starred in the TV series The Trial of Tony Blair and Shoebox Zoo and the films Sunshine on Leith, Neds, Trainspotting, Shallow Grave, Children of Men, Connolly and Braveheart: 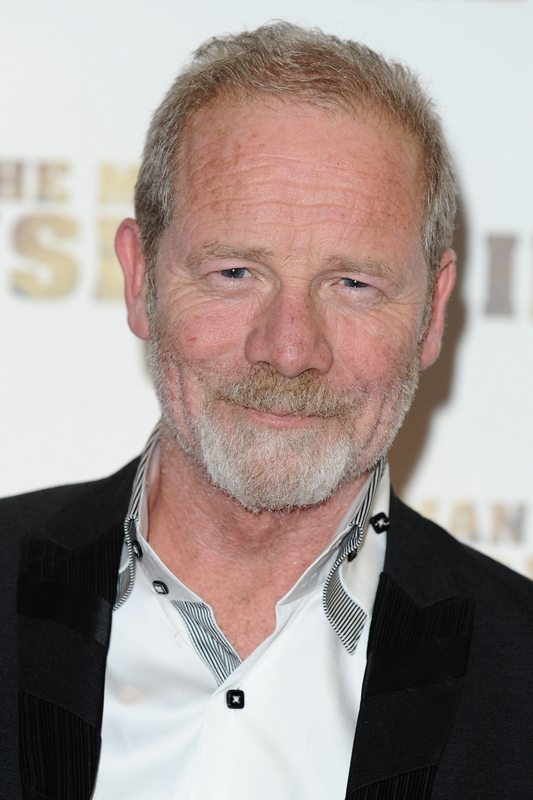 He was born in Peterhead, Aberdeenshire, Grampian, Scotland, UK in 1960 and lived for a short time at Leask Avenue and then grew up in Cardonald in Glasgow.


He has also directed the film The Magdalene Sisters and several episodes of the BBC TV series Cardiac Arrest.

He played the part of Ted Narracott in the 2011 release of War Horse.

Peter Mullan played the role of Death Eater Yaxley in Harry Potter and the Deathly Hallows: Part 1 in 2010.

Neds is a film about adolescences growing up in Glasgow in the 1970s. He was the director of Neds and also acted in the film which won the 2010 Spanish San Sebastian Film Festival award. Connor McCarron won best actor for his role as John McGill.

On the 10 March 2008 he starred in The Fixer on ITV. His character was called Lenny Douglas, a hard headed Intelligence Officer. He was the handler for John Mercer played by Andrew Buchan. John Mercer was a former special forces soldier and criminal. The Fixer also stars Tamzin Outhwaite as Rose Chamberlain an ex police officer, Jody Latham as Calum McKenzie the house mate of John and Liz White as Jess Mercer, John's sister.


The Trial of Tony Blair

In January 2007 Peter Mullan starred as Chancellor of the Exchequer Gordon Brown in the television political satire drama The Trial of Tony Blair. It was screened on the digital channel More4 on Monday 15 January 2007. Actor Robert Lindsay acted the part of the Prime Minister Tony Blair who faced extradition for was crimes against the people of Iraq and had to face a war crimes trial.


In 2007 starred in the film Connolly which was based on the biography of Scotsman James Connolly who became an Irish socialist leader during the Easter Rising of 1916.

On Tuesday 16 January 2007 he starred in Taggart as the brother of the Detective Chief Inspector DCI Matt Burke (Alex Norton). The character he played was the mechanic John Burke. Their father had been murdered with a heroin overdose and John Burke was a suspect. However his brother solved the case when he found that other local pensioners had been murdered. They formed a suicide pact to help each other end their lives if their pains got to much. The episode of Taggart that he was in was called Judgement Day

In 2006 he returned to his Peterhead, Aberdeenshire roots when he filmed the TrueNorth film that was released in 2007. He played a trawlerman called Riley who is caught up in people trafficking aboard a fishing trawler bound for Scotland from Belgium. Read more about the plot of the TrueNorth film and its awards on the About Aberdeen True North Film review.

He starred in Boy A on Channel 4 on Monday 26 November 2007. Boy A was about a child killer called Eric Wilson (played by actor Andrew Garfield) who is released back into society after murdering a younger boy with another child when they were ten years old. He now has a new identity (Jack) at the age of 24 years. The Scottish actor Peter Mullan from Peterhead played his social worker Terry who supported Jack in his new life as he made new friends, found a lover and even saved the life of a child. But his deadly secret was not kept safe thanks to the tabloid press and Terry's son.

The screenplay for Boy A was written by Mark O'Rowe and based on the novel Boy A by the writer Jonathan Trigell. Other actors in Boy A included Shaun Evans as Chris, Anthony Lewis as Steve, Skye Bennett as Angela Milton, Jessica Mullins as Catherine Thompson and James Young as Zeb.