Biography of Aberdonian Golfer Paul Lawrie his golf wins and honours and information about the Paul Lawrie Blairs Estate Golf Course near Aberdeen at Banchory-Devenick: 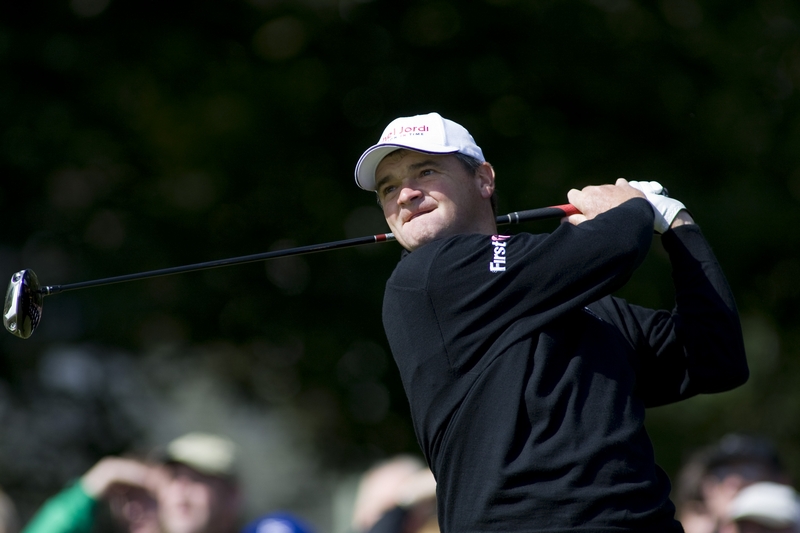 
After leaving school Paul Lawrie he worked as an assistant at Banchory Golf Club. At the age of 17 he turned pro.


In 1992 Paul Lawrie became a member of the PGA European Golfing Tour.


Paul was awarded an MBE in the Queen's Birthday Honours List in 2000.


On 30 July 2007 it was announced that Aberdeen golfer Paul Lawrie will design a golf course at the Blairs Estate near Banchory-Devenick with European Golf Design. The £115 million development near the River Dee is hoped to host the Ryder Cup one day. The developers of the Paul Lawrie Blairs Estate Golf Course have worked with other top golfers and golf course designers such as Colin Montgomerie, Nick Faldo and Ernie Els.

Aberdonian Paul Lawrie has a home nearby and his house overlooks the Royal Deeside land intended for the Paul Lawrie Blairs Estate Golf Course. This will be the first golf course development by Paul Lawrie and he intends to use it as a base for his Paul Lawrie Junior Programme. The Blairs Estate Golf Course and clubhouse is anticipated to cost around £5 million and be built by 2012. It is anticipated that about 1000 jobs will be created and the Aberdeen economy be boosted by about £115 million. This marks the third new golf course planned recently for Aberdeenshire with Donald Trump planning a golfing complex at Balmedie and Jack Nicklaus planning a golf centre at Ury Estate in Stonehaven.

Up to 280 homes may also be constructed in the area over ten years which is intended to include 60 affordable houses. The former Catholic college may be converted into a 150 bed luxury hotel which will include a restaurant, health club and conference centre.

Aberdeenshire Council are currently considering the planning and development of the golfing scheme.