Buy tickets to the PAW Patrol Live! Their Great Pirate Adventure in Scotland 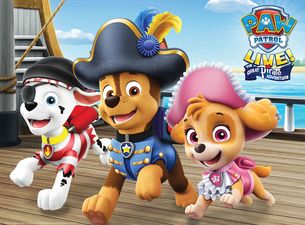 Sadly, no Aberdeen venue, but you can see them at Edinburgh or Glasgow.