This was built by the Duke of Atholl as a romantic Georgian Folly in the 18th century. It originally had mirrors on the walls and ceilings to reflect the Black Linn Waterfall. This gave the optical illusion of water flowing in 360 degrees. 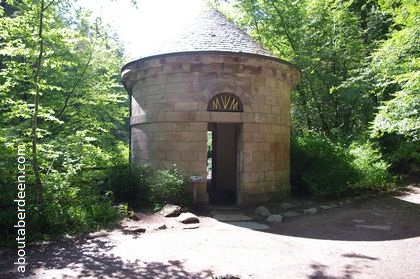 They would visit this summerhouse from their nearby home of Dunkeld House, which no longer exists. Sadly the mirrors are now gone, though mirror glass paintings adorn the walls and it gives views down to the Black Linn Waterfall. 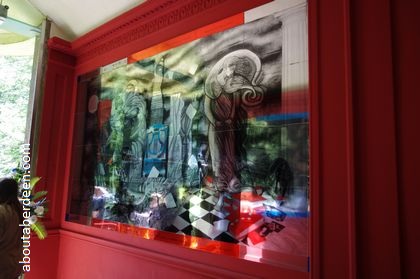 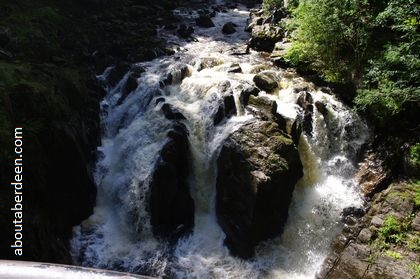 It is a popular place for private weddings and on the day we visited the bride arrived in style in this wonderful former US Army truck: 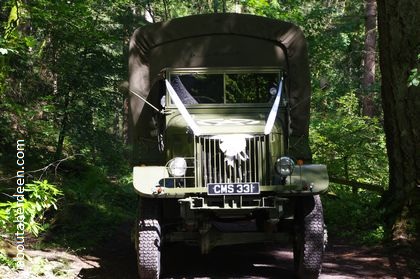 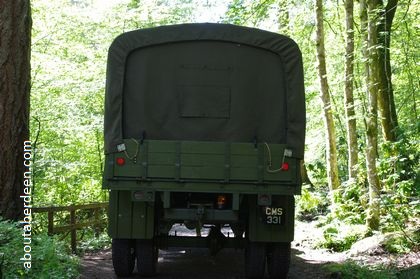 
This stone vault was created in 1760 in memory of the blind Scottish poet Ossian. The third Earl of Breadalbane wanted a hermit to reside here but no-one wanted to, though in 1869 Donald Anderson did dress up with a long beard made out of lichens and he wore animal skins.

For somewhere local to stay try the Pitlochry Hydro Hotel.