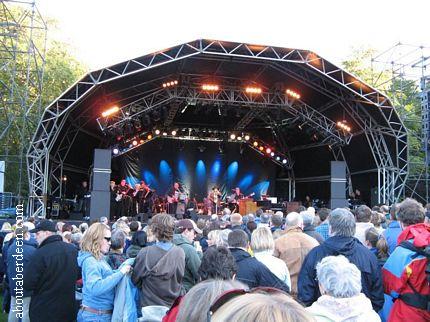 Each year, since 2000, The National Trust For Scotland Crathes Castle has hosted live open air concerts known as Live On The Lawn. These attract top national and international acts as well as showcasing local talent, singers and groups. About 5000 people attend each night of the two day event.


Information about Live On The Lawn 2008 will be announced soon.

Confirmed acts for Live On The Lawn 2007 were Van Morrison (29 June 2007) and the Sugababes (28 June 2007). The Sugababes gig proved so popular that an extra 1000 tickets had been made available to purchase. Originally there were 5500 tickets. Sadly their concert was cancelled because one of the singers, Amelle Berrabah, was ill.