Each year artists in Aberdeen and Aberdeenshire open up their studios and galleries to the general public. In addition to viewing artwork visitors can watch art and craft demonstrations throughout the North East of Scotland. These arts and crafts range from ceramics, glassware, photography, paintings, jewellery, textiles, leatherwork and multimedia creations. Creative styles range from traditional through to contemporary.

The first North East Open Studios (NEOS) event took place in 2003 and has been held each year since.

The North East Open Studios (NEOS) dates for 2011 is from Saturday 10 to Sunday 18 September 2011. The event serves to engage a wider audience in all aspects of art and to help grow small scale art and craft business in the North East of Scotland. In 2010 there were an estimated 15,000 visitors to the 254 participants, and even despite the recession, visitors to NEOS exhibitions last year spent over £300,000 in one week and many artists received commissions after the events had finished as a result of exposure in the NEOS catalogue.

For more information about North East Open Studios or for an application form for NEOS please visit www.northeastopenstudios.co.uk 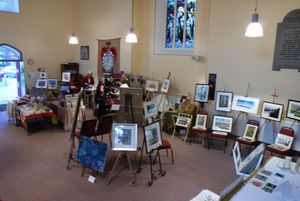 As part of North East Open Studios(NEOS) 2010 local artists will be exhibiting at St Mary's Church Hall Inverurie. This NEOS 2010 exhibition brings together a diverse group of local artists working in various media. This exciting show will include paintings, ceramics, jewellery and photography along with Straw Art, Textiles and Driftwood creations.

The official North East Open Studios NOES site can be found at www.northeastopenstudios.co.uk


Platform 22 can be found in Torphins, Aberdeenshire and is owned by Emma Pattullo. Emma specialises in ceramic designs of which her most popular pieces are vases which have real gold edges with designs such as those that show her beautiful bumblebees, butterflies and dragonflies. Emma Pattullo of Platform 22 also teaches classes at her studio and throughout the North East of Scotland at locations such as Woodend Barn near Banchory. Emma likes to experiment with her ceramics and of late she has been making freeform mirrors inspired by the work of Gustav Klimt and some more sculptural work featuring a dreaming ballerina. Below is an image of an example of her work. 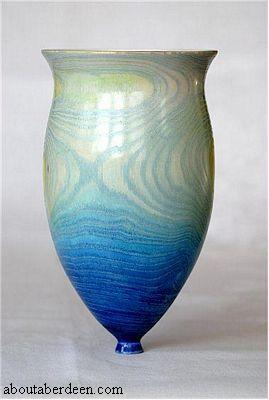 During NEOS Emma and her husband Davis will be hosting other artists at their gallery. These include North East artists such as Timmie Penny and Stephanie Vandem, photographer Robert Grey, ceramicists Mina Rusk and Sandra Gorrara, textile artist Annabel Pattullo and wood turner Alan Steele who will be demonstrating how he creates his fairy goblets which can be seen in the photograph below. These NEOS demonstrations take place on the 15 and 16 September 2007. During these times the Platform 22 cafe will be open.


During the weekend wood turner Alan Steele will be making fairy goblets for Queen Tatiana?s autumn garden party! His intricate woodturning skills can be watched for free at the Platform 22 Gallery in Torphins just like the two fascinated lassies in the photo below. 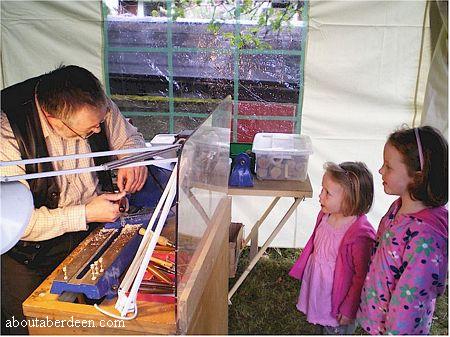 Who know it may even encourage these reclusive fairies to come out and watch. If you don't see them on the day you can see one of their last visits in the picture below! 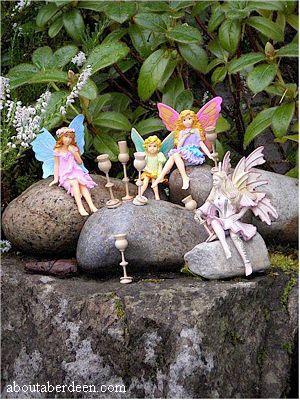 There will be over 30 examples of wood turner Alan Steele's work on show. Alan was born in Cheshire and raised in Yorkshire and is now based in Aberdeen. Alan Steele founded the Grampian Wood Turners group from his workshop so that he could help promote the art of woodturning in the North East of Scotland. He learnt his craft as a young lad when he would carve jet from the beaches of Whitby and help the local blacksmith by making fire irons. After leaving school Alan Steele became an indentured apprentice with an engineering company as a turner and tool maker. During this time he kept working with the blacksmith where he learnt how to make copper jewellery. Exhibitions soon followed which included cultural and folklore festivals at home and abroad. By studying the culture of the other nations and regions Alan Steele was able to develop his skills in leatherwork and wood turning.


Alan likes to draw inspiration from the natural world and the titles to the pieces reflect his knowledge and love of folklore and mythology. The exhibition of Alan Steele at Platform 22 comprises of a range of turned screw-top boxes in hardwoods and thin-walled hollow forms made from unseasoned timbers and coloured with dyes to create the most amazing pieces of art that seem to defy gravity, as well as description!

From 10am to 5pm on Saturday and noon to 5pm on Sunday Alan Steele will be on hand after his demonstrations to chat about his work and answer any questions. For more information telephone: (01339) 882039 or visit their website at northeastopenstudios.co.uk where there is also a directory and map that covers all the venues involved in he North East Open Studios.