Centre Stage presents the Mother Goose panto from 6th to 9th December 2017 at the Bettridge Centre in Newtonhill. 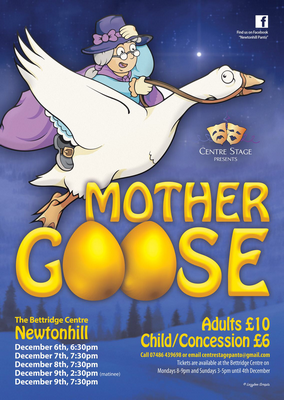 Tickets for adults are £10 whilst children and concessions pay £6 and can be bought by calling 07486 439698 or visit the
Newtonhill Panto Facebook page for more information.