A Nativity Scene in Aberdeen was introduced in 2009 into the Academy shopping centre. The traditional nativity set shows the figures of baby Jesus, Mary and Joseph. This nativity scene in Aberdeen cost just over £2000 and was purchased by the Jolly Roger company from Newton Abbot, Devon. 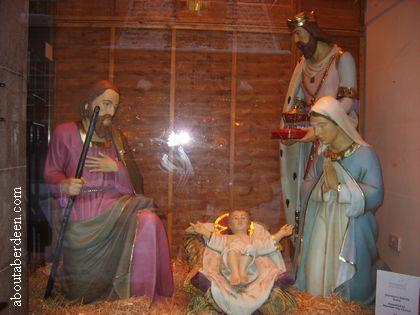 
The photographs of the nativity scene and the models of the three wise men were taken from behind glass in the display window on Belmont Street so please do excuse the glare on the photos. 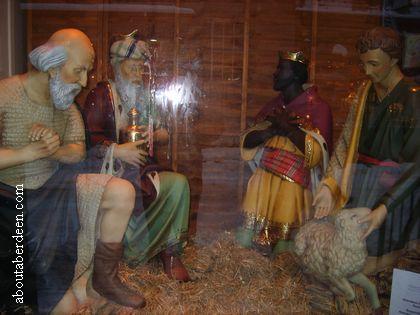