There will be a performance of Mozartâ€™s Requiem at St Andrewâ€™s Cathedral Aberdeen directed by internationally acclaimed royal wedding composer Paul Mealor with organist Andrew Morrisson. 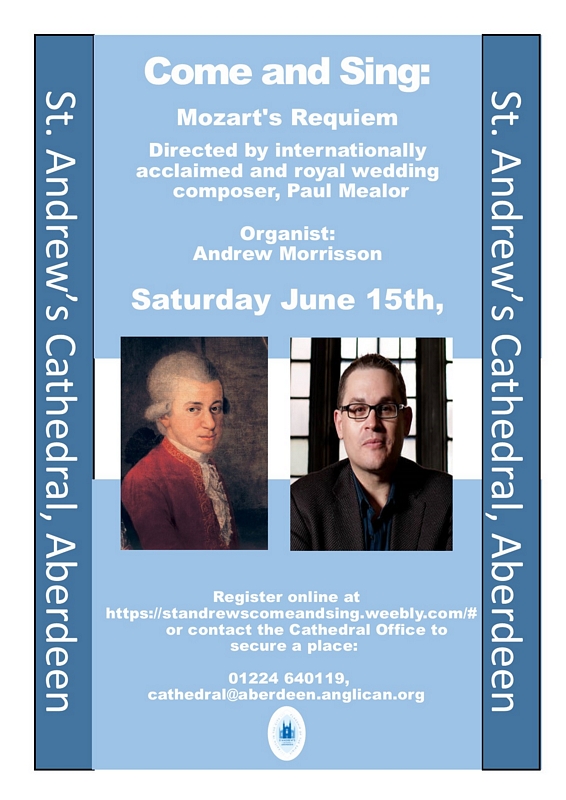