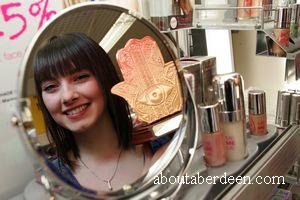 Aberdeen lass Morven MacSween chanced upon a possible career as a model after filling out an application form at Superdrug in Aberdeen City centre, Scotland at the Bon Accord Centre. This lead to Morven winning the Elite Model Look UK title during a ceremony at the Silver Club in London in November 2006. She was aged 14 years and competed against 15 other finalists, three of whom were fellow Scots beauties that included Bankhead Academy pupil Rachel Henderson. The runner up was Libby Forbes from Dundee. She was also 14 years old and with Morven won a trip to Paris to create a modelling portfolio with a top fashion photographer. 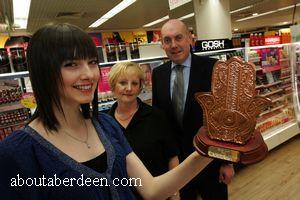 The contestants to the Elite Model Look UK competition were given the attention of a hair stylist who suggested two styles to suit each contestant and the contestant and their family were permitted to chose the one they were most comfortable with and suited too. Morven was helped by her mother, Judith. Then they received a make over by a leading make up artist and provided with some glamorous dresses and costumes from Elite.

Brunette Morven was awarded her title by former Big Brother winner Kate Lawler who could not pronounce Morven's bonnie name at the ceremony! Morven was the youngest contestant, most of the other lassies were in their twenties. 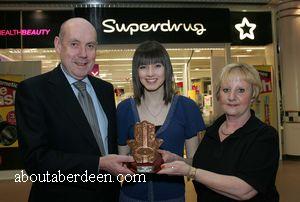 Morven MacSween headed off to the Elite Models world finals in Marrakech, Morocco on the 1 February 2007.

Sadly Morven did not win but she did catch the eye of the judges and was awarded a trip to Paris. Whilst in France she will produce a portfolio for model agency Elite.

"It was actually Morven’s brother who saw the competition in a local paper and I decided to go into Superdrug in the Bon Accord St. Nicholas Shopping Centre to get more information. I know that modelling has been a lifelong ambition for Morven and thought why not give it a go? I filled in the form and sent it away with some pictures and thought nothing more about it. We were so proud when she was short listed for the finals in London and over the moon when she actually won."

"I have never taken part in any professional modelling before so the UK finals were nerve-wracking. As part of the competition we had to take part in a couple of catwalk shows and were also individually assessed by the judging panel so that they could get a feel for our personality and attitude. Everyone was so nice and friendly.
It has been my ambition to be a model and travel the world so I’ll get my first taste in Morocco. I love the hair, make-up, fashion and buzz of it all but I want to finish school first. I have my fingers crossed for the finals but I am already proud of what I have achieved so anything else will be a bonus."

"We wish Morven every success in the Elite Model Look Contest finals in Morocco next month and are delighted that the centre and Superdrug have been part of her journey. We look forward to hearing the results."

Morven jets off to Morocco with her mum on Thursday 1st February 2007. The Superdrug and Elite Model Look Contest final takes place in Marrakech, Morocco.


In February 2007 Morven MacSween went go to Dubai for the world final. The first prize winner was rewarded with a modelling contract worth about £80,000. 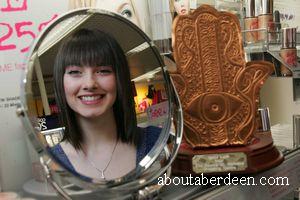 
Morven MacSween attends Dyce Academy, Aberdeenshire. She has an older brother called Angus, which is also the name of her father.


Are you the parent or relative of Morven - or maybe you are Morven reading this article - if so please feel free to contact me with a photograph or picture of Morven MacSween for this review or any other information you would like included.