Biography of Aberdeen actress Lisa Livingstone with Tv and film appearances and awards: 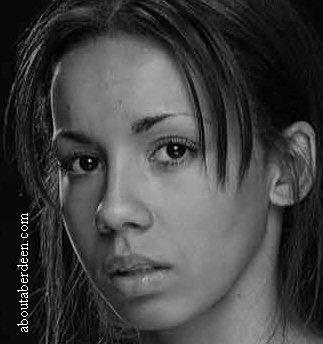 Lisa Livingstone grew up in the Seaton area of Aberdeen, Scotland and was educated at Linksfield Academy. She took part in local theatre groups before moving to North Glasgow College to study for the HNC in music performance and promotion where she learnt to sing soprano and then Queen Margaret University College in Edinburgh (QMUC). During her time at QMUC Lisa Livingstone played parts in the theatre productions The Winter's Tale, Beach, (Lady Macbeth) the parts of Emma and Michelle in Emma's Child and the part of Gemma in the musical Honk!

In 2004 Lisa Livingstone won the Laurence Olivier Bursary award for the drama prize by the Society of London. Her win came with a £7500 prize and a contract with British acting agent Simon Berrisford. This prompted her move to London and her television and films career took off.

Lisa Livingstone became an actress and her first television role was as Shelley Price in the Holby City episode Learning Curve. Other TV roles included Jenny the secretary of Dr Douglas Monaghan in the Scottish supernatural thriller series Sea of Souls opposite Bill Paterson. The other TV work of Lisa Livingstone includes Mayo and Waking The Dead with Trevor Eve, Sue Johnston and Wil Johnson.

In the Spider's Web


In 2007 Lisa Livingstone acted in her first film opposite Lance Henriksen in the horror film In the Spider's Web (originally called Spiders). Lance Henriksen played a mad scientist and doctor called Dr. Lecorpus who used the venom from spiders to paralyse people so that he could removed their organs and body parts to sell on the black market. Other actors in the film included Mike Rogers, Michael Smiley and Jane Perry. It was filmed in South East Asia by director Terry Windsor.

LisaLivingstone played an American tourist who was travelling through Asia with a group of friends. They get lost and are found by Doctor Lecorpus.