Kindrochit Castle can be found just outside Braemar in Royal Deeside. It is now in ruinous state, but was once the home of the Drummond family. In the 17th Century the plague was rife in the Castle, so the occupants and the Castle were destroyed by cannon to prevent them leaving the Castle. 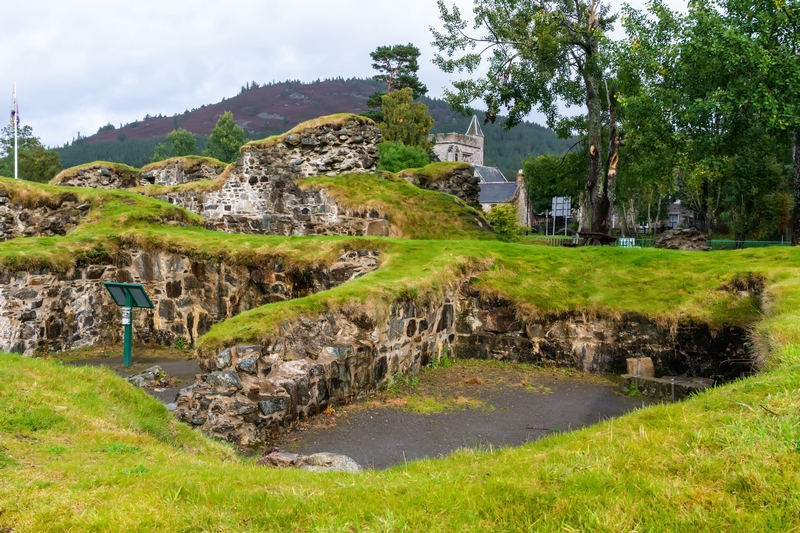 During the Jacobite Rising a Hanoverian soldier was lowered into an old vault to find treasure. However all he found was a ghost party! The ghosts were seated around a table making merry around a table piled high with skulls.

Later excavations around the site did not discover any more ghosts, but the Kindrochit Brooch was found.