Information about the Killiecrankie walk by the visitor centre that takes you through the pass along with facilities, photographs and a brief history of the battle

This magnificent wooded gorge with the River Garry flowing along the base is a must to see when in Perthshire and is steeped in Scottish history. 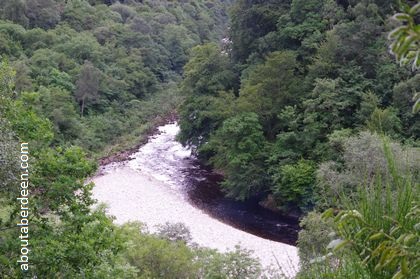 It is the site of the Battle of Killiecrankie in 1969 and the infamous soldier's leap. This is where the Redcoat Donald McBane made a spectacular jump of 18 feet to freedom to escape the pursuing Jacobite army during the first Jacobite uprising. 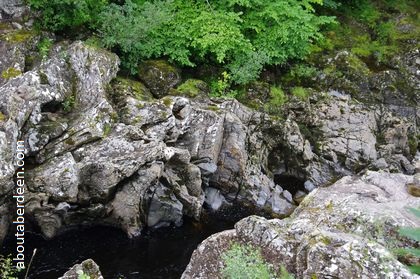 
There is also the Trooper's Den in the Pass of Killiecrankie by the 510 foot long railway viaduct for the Inverness Perth junction designed by Joseph Mitchell in 1863. It has 10 masonry arches with a 35 foot span and the extreme parapet height wall is 54 foot. 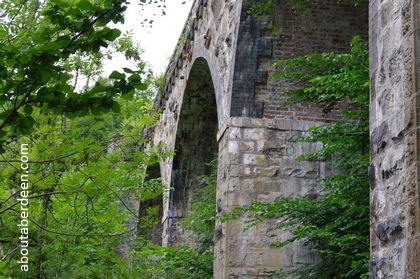 Trooper's Den is where the lone Atholl hunter Iain Ban Beag Mac-rath followed the Redcoat army. He only had one bullet and used this here to kill a cavalry officer.


There is plenty of parking at the National Trust for Scotland at the Killiecrankie Visitor Centre where there are toilets, a cafe and a free visitor's centre with boards about the battle. It then takes you to the Killiecrankie walk. There are also examples of the weapons used during the fighting, including Bonnie Dundee's sword, bayonets, scabbards, cannonballs and musket balls. 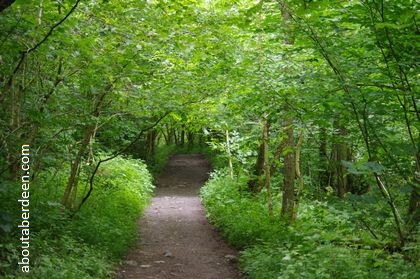 There are webcams to feeding stations and one just outside where we took this lovely photograph of a great tit feeding on a tree stump. 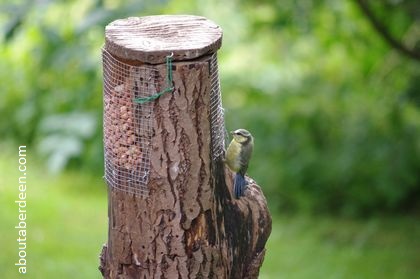 Also in the building is the Highland Fling bungee jumping office. The postcode for your sat nav is PH16 5LG.


This is quite steep initially and only really suitable for able bodied people though there are plenty of wooden benches around the paths to have a sit and enjoy the views. 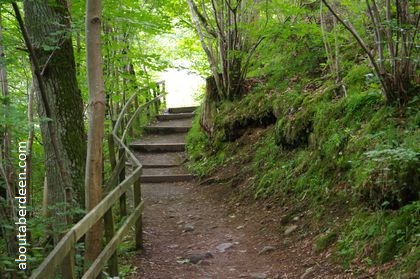 
This was between General Hugh Mackay who was pro William with 4400 men who went up against John Graham of Claverhouse (Viscount Dundee) with 2340 men. On the 27 July 1689 Mackay tried to seize nearby Blair Castle so the Viscount led his men to high ground North of the Pass. Many were killed by musket shot until the Highlanders overcame them with broadswords and claymores. 500 of Gen Mackay's men were captured and 2000 killed whilst Viscount Dundee lost 800 men. 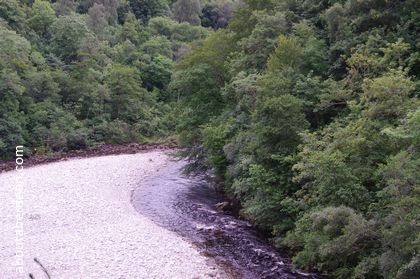