Actor Kevin McKidd was born in Elgin, Scotland on the 9th of August 1973. Kevin McKidd started his acting biography as a member of the local acting group the Moray Youth Theatre. 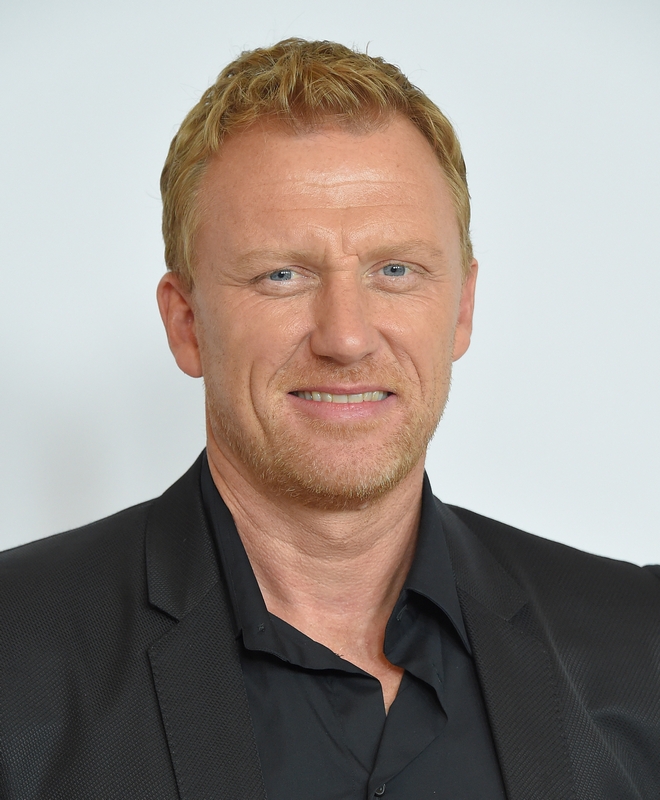 As a teenager he was in a band called Plan 9 which took their name from the film Plan 9 from Outer Space.


Kevin McKidd attended the University of Edinburgh where he was to study Engineering. He soon dropped out of the Engineering course to follow his dreams of becoming a full time actor. Instead he enrolled at Queen Margaret College to study drama. He also joined the University's student theatre company, Bedlam Theatre. His first professional role in his acting biography was in the television series Father Ted. Kevin played Father Deegan in the 1996 episode A Christmassy Ted.


Film work soon followed and Kevin McKidd perhaps most famous role in his biography is the role of Tommy in the Scottish film Trainspotting alongside Ewan McGregor, Robert Carlyle, Peter Mullan and James Cosmo.

Other films Kevin McKidd has starred in includes Small Faces as Malky Johnson, Dog Soldiers and it's sequel Dog Soldiers: Fresh Meat as Private Cooper, The Last Legion as Wulfila, Kingdom of Heaven as the English Sergeant, De-Lovely as Bobby Reed, The Purifiers as Moses, One Last Chance as Seany, AfterLife as Kenny Brogan, Sixteen Years of Alcohol as Frankie, Does God Play Football as The Priest, Nicholas Nickleby as John Browdie, Max as George Grosz, That Old One as Tom Furness, Bedrooms and Hallways as Leo, The Acid House as Johnny, Understanding Jane as Elliot and Regeneration as Callan.

Brave is a Scottish cartoon film released in 2012. Kevin McKidd acts the voice of Lord MacGuffin and Young MacGuffin.

One Night In Emergency

One Night In Emergency was a surreal and strangely entertaining one hour drama to the biography of Kevin McKidd about a man (Kevin McKidd) trying to get to the Accident and Emergency Department of a Glasgow Hospital to see his sick wife (played by Michelle Ryan). He is on a night out and drunk and gets into an unlicensed taxi.

At the hospital the man of One Night In Emergency meets odd characters such as a one eyed security guard called Cyclops (Igal Naor) and a former prisoner who murdered his wife who now takes the laundry from the morgue (James Cosmo).

Kevin McKidd's character finds the hospital to be a maze and cannot get through some doors. He finds a small round hole in the side of his shirt, meets a beautiful nurse, two junior doctors who like to take illegal drugs dished up by a male nurse from a drug trolley and two more security guards who follow his every move on CCTV before coming face to face. He also meets the mortuary attendant and finds himself drawn back to the morgue.

One Night In Emergency was originally broadcast on BBC1 on 4 January 2010 and it is hoped that it shall be released on DVD soon.

Television work in the biography of Kevin McKidd includes Dr Owen Hunt in Grey's Anatomy, Mary, Queen of Scots and Gunpowder, treason and Plot as James Hepburn the 4th Earl of Bothwell and the third husband of Mary for the BBC, the BBC2 TV series Rome as Lucius Vorenus, North Square as Billy Guthrie, The Key as Duncan, Looking After Jo Jo as Basil, The Virgin Queen as the Duke of Norfolk and Anna Karenina as Count Vronsky.

The pilot to the TV series Journeyman starring Kevin McKidd will be screened in Autumn 2007 on UK telelvision. It is about a man that travels back in time to help people. Kevin McKidd will play the part of a time travelling journalist.

In 2009 Kevin McKidd added voice over work to his extensive biography when he became one of the character's voices for the highly popular videogame Modern Warfare 2. Kevin McKidd played Captain 'Soap' MacTavish


Kevin's wife is called Jan and they have two children called Joseph and Iona.


Out of Darkness Theatre Company

The actor Kevin McKidd is the Patron of the North East of Scotland charity Out of Darkness Theatre Company (ODTC). The Out of Darkness Theatre Company are based in Elgin and perform throughout Scotland. ODTC comprise of people with special needs and aim to provide training in theatre skills and give their members the opportunity to perform in public venues throughout Scotland whilst raising the awareness of disability issues.

For their 2008 celebrity auction Kevin McKidd donated a jacket he wore on the set of the film Trainspotting. Other lots in the auction included a pair of Dame Shirley Bassey sunglasses and autographed photos of movie stars Glenn Close, Andy Serkis, Lee Evans, Judy Dench, Wendy Richards, Pam St Clement, Billy Connolly and John Hurt. The Out of Darkness Theatre Company took place on eBay. See any current charity lots at ebay.co.uk and type in outofthedarknesstheatrecompany-2008 into the sellers search.