Johnston Gardens Aberdeen is an intimate and relaxing park at Viewfield Road just round the corner from the Gordon Highlanders Museum. There is a small free car park at the gardens and toilet facilities. 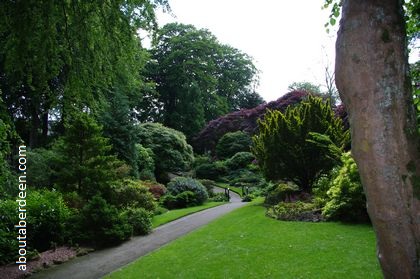 
About Aberdeen consider Johnston Gardens Aberdeen to be the most peaceful and beautiful of Aberdeen parks. It is the smallest at one hectare, but has lots to command your attention. It is most noted for its beautiful rockeries with alpines and heather, bedding plants, spring bulbs, rhododendrons, shrubbery and trees, hanging baskets, gentle paths and picturesque wooden bridges, waterfalls and large pond. Johnston Garden is a haven for local birds from the calm and relaxing coo coo of wood pigeons to the gently floating black headed gulls that could be seen in the photo below and range of ducks like mallard and muscovy. 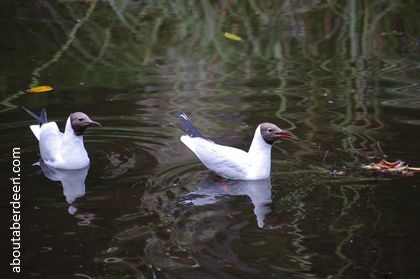 This Aberdeen park has been a deserved Britain In Bloom Winner several times. 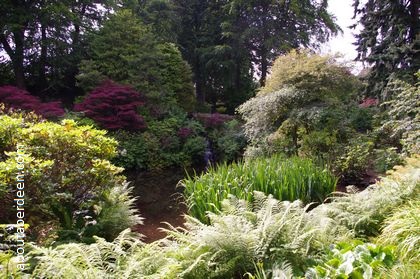 Johnston Gardens Aberdeen opens from 8am until one hour prior to dusk. There is a small play area for younger children but the park is not suitable for ball games; it is truly a place to relax and enjoy the fine Aberdeen weather. There are plenty of bench seats to sit, relax and watch the scenery and birdlife. For these reasons Johnston Gardens Aberdeen is a popular place for wedding photographs, particularly the bridge over the pond. 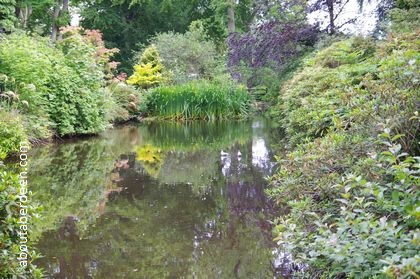 
At the rear of Johnston Gardens Aberdeen is a black granite memorial to North Sea Bond Offshore Eurocopter AS332L2 Super Puma Mk 2 helicopter G-REDL Flight 85N which crashed 11 nautical miles northeast of Peterhead with the loss of lives of 2 crew and 14 passengers from the BP oil rigs platform in the Miller oilfield. This secluded area has a quiet seating area and special flower holders. 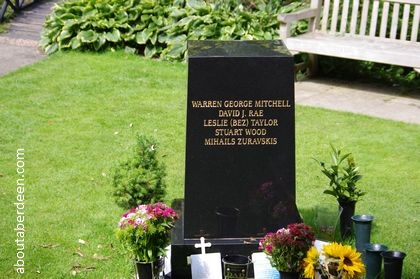 Its purchase was funded from the Flight 85N Memorial Fund with the remaining£330,000 going to local charities that were chosen by the families who lost loved ones on the flight. They were the RNLI, CLAN, Create, Cancer Research, Alzheimer Scotland, Help for Heroes, Jump for Heroes, Alder Hey Children's Hospital, St Richards Hospice in Worcester, West Midlands Air Ambulance Service and the Oil Chaplaincy Trust. The Flight 85N memorial was erected in March 2010. 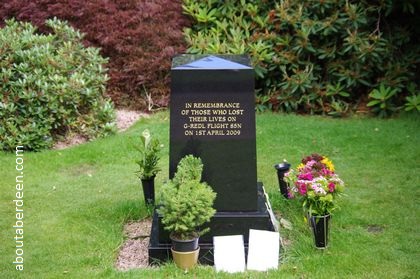 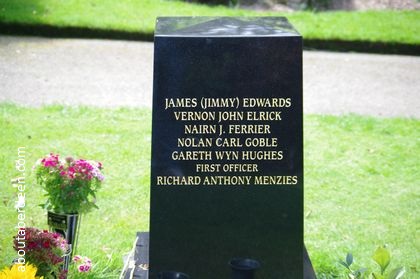 Nearby attractions close to Johnston Gardens include: 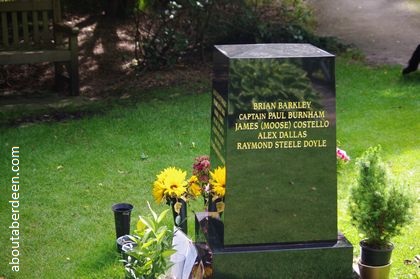 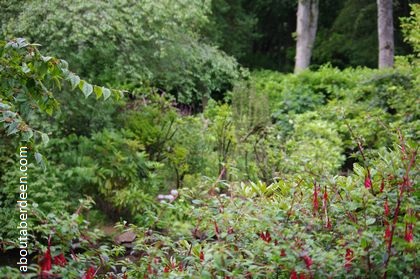 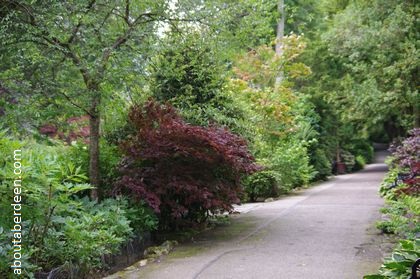 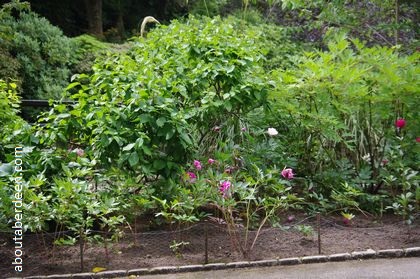 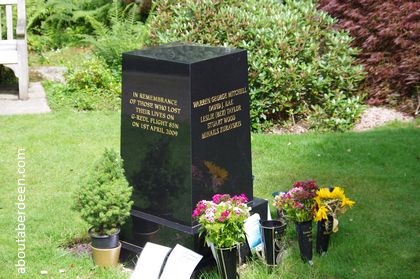 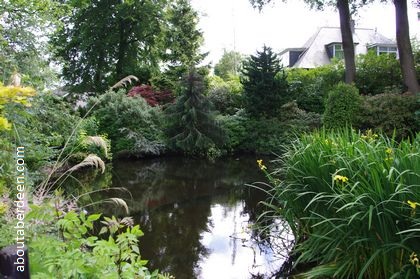 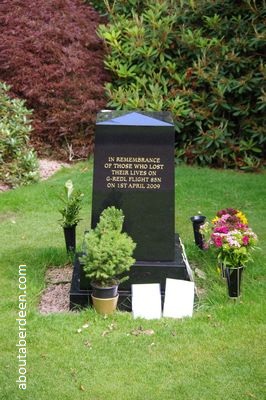