John Henry Anderson was born in The Mearns, Aberdeenshire, Scotland on 14 July in 1814. His father was a tenant farmer at Craigmyle. His parents died when he was ten years old and he became an apprentice blacksmith.

He met with a group of touring players when he was 17 years old and joined them with ambitions to become an actor. Whilst with them he saw magical tricks being performed in the street and soon took an interest in magic and set about establishing his own type of magic which he first performed in Aberdeen. He was the first magician to perform tricks and magic in any UK theatre.

Other performances soon followed including entertaining Lord Panmure at Brechin Castle in March 1837. Impressed with his performance Lord Panmure gave Anderson a personnel endorsement which he used on his advertising. It said

"I have no hesitation in saying that you far excel any other necromancer that I have ever saw, either at home or abroad."

John Henry Anderson performed his magic acts in theatres, showgrounds, fairgrounds throughout the UK and Worldwide, including America, Canada, Germany, Sweden, Australia and Russia. He gave a command performance to Russian Czar Nicholas. He later moved to London and opened the News Strand Theatre.


It is thought that John Henry Anderson was the first magician to pull a white rabbit from a black top hat. 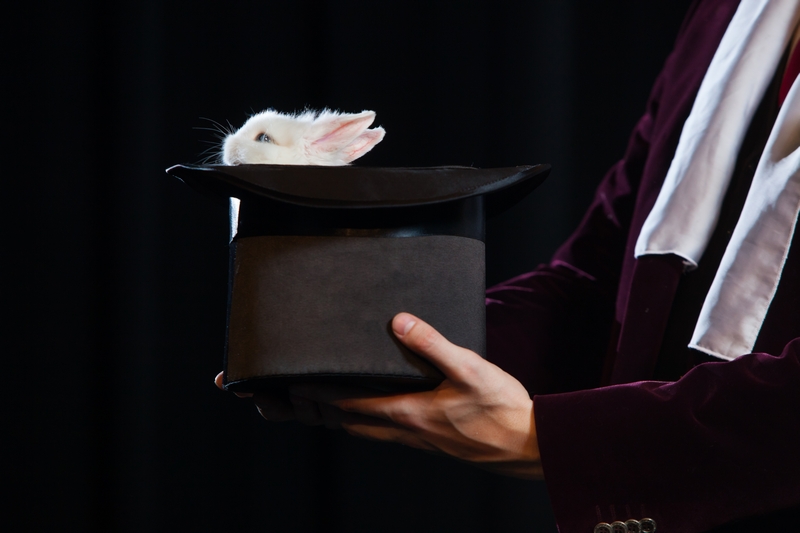 His other tricks included The Gun Trick where he appeared to catch a bullet fired from a musket, The Inexhaustible Bottle Trick where a bottle would produce any drink asked for by a member of the audience.

John Henry Anderson married Hannah Longherst from Aberdeen in 1842. She was an assistant with his shows. A year later they had a son who they named John Henry Junior. He became an illusionist. They would later have two daughters who became magicians.

Anderson had a mistress called Miss Prentice. In 1845 they had a child called Philip Prentice Anderson. Sadly his mistress died during the birth and Anderson supported the child.

He took another mistress who was a member of his touring troupe, she gave birth to another son.

In 1845 John Henry Anderson had built the large Glasgow City Theatre. Sadly it was burnt down five months later.

In 1849 he was summoned by Queen Victoria and Prince Albert to perform at Balmoral Castle, though some sources state this to have been at their London residence.

John Henry Anderson died on 3 February 1874 in Darlington. He is buried in St Nicholas Churchyard in Aberdeen, next to his mother.