Information about John Alexander Cruickshank who won the VC during the Second World War and is the oldest surviving recipient of the Victoria Cross: 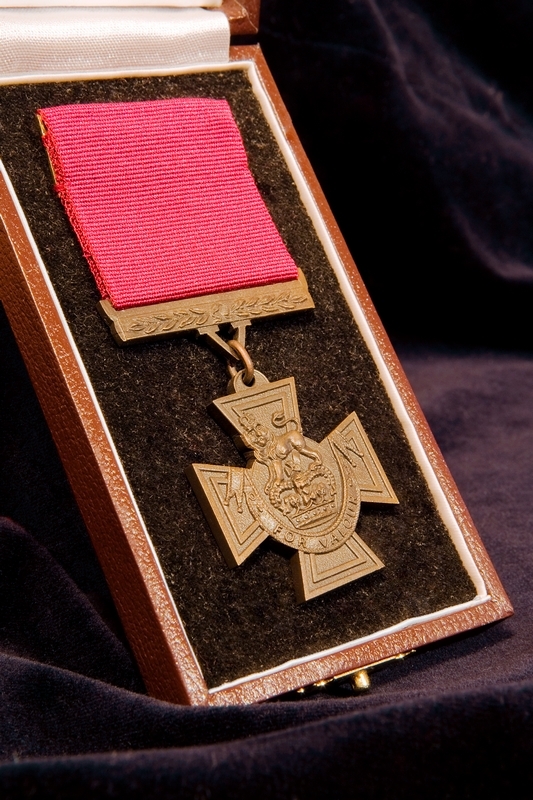 
John Alexander Cruickshank was born in Aberdeen, Scotland on the 20 May 1920. Though Sir John Smyth, in his book, Great Stories of the Victoria Cross

cites John Alexander Cruickshank as being from Edinburgh, but we are sure he is an Aberdeen loon!

At the outbreak of World War 2 he joined the Royal Artillery in May 1939. He served in the RA for two years and then transferred to the Royal Air Force. He trained in Canada and the United States of America and gained his flying wings in July 1942. John Cruickshank underwent more training and was then drafted to 210 Squadron Royal Air Force Volunteer Reserve Coastal Command in March 1943. He piloted Consolidated Catalina flying boats and was the rank of Flying Officer (FO).


Why Did John Cruickshank Win The VC


The following account will explain why John Cruickshank won the VC:

FO John Cruickshank and his crew were on anti-submarine patrol on the night of 17 July to the 18 July 1944. It was his 48th mission. They were patrolling the North Atlantic, North West of the Lofoten Islands, and were attacking a U-boat (U-boat 347) near the Arctic Circle which returned fire. Under a hail of anti aircraft flak shells the aircraft was hit and the aircraft's depth charges failed to drop. The navigator who was also the bomb aimer was killed instantly and the second pilot, Flight Sergeant Jack Garnett, and two other members of the crew sustained wounds.

Flying Officer Cruickshank was also injured but he fought his injuries and went in to attack the U-boat again and released the depth charges which resulted in the sinking of the enemy submarine. However FO John Cruickshank was seriously injured, being hit 72 times and sustained 12 wounds: two large wounds to his lungs and ten penetrating wounds to his lower limbs.

The co-pilot took over the controls and the craft because FO Cruickshank went in and out of consciousness but refused any pain killing drugs like morphine because he needed to help the surviving aircrew to make the dangerous 5 1/2 hour flight home to the Shetland Islands. He took back control of the craft and would only relinquish command and receive first aid when he knew that the course home had been plotted and set and that the signals had been sent. He knew that the crew were not experienced enough and badly injured themselves to land the plane though and had to be carried back to the second pilot's seat where despite great pain he landed the plane when the weather, sea and light conditions were right. He landed the plane safely onto the water and directed the plane to taxi and beach so that it could be salvaged. He was bleeding heavily during the flight home and needed an immediate blood transfusion when the Medical Officer went aboard the plane to administer treatment to the crew. He was then transferred to the hospital.

By December 1944 Flying Officer Cruickshank had recovered from his wounds so that he could perform administrative duties, but could not return to active duty or flying command. He was promoted to Flight Lieutenant and stayed in the Royal Air Force until September 1946 where upon discharge he returned to his pre war career in banking which included working in the Calcutta branch of Grindlays Bank. He retired in 1977.

Four Victoria Crosses were awarded to Coastal Command during WWII and the other three were awarded posthumously.


In 1995 the British Film Institute (BFI) recorded a documentary about the bravery of Flight Lieutenant John Cruickshank called For Valour: John Cruickshank. It was broadcast on BBC1 on the 7 May 1995 from 1:20 - 1:50pm. The Series Producer was Nick Shearman and the Presenter was Martin Bell.

In retirement Flight Lieutenant John Cruickshank worked with Aberdeen children to educate them about the history and effects of World War II, often working with the Gordon Highlanders Museum.


In March 2007 attended the opening of a new Erskine care home, Erskine Park Care Home, for ex servicemen and women with dementia which HRH The Princess Royal officially opened. One of the houses within the complex has been named in honour of Flight Lieutenant John Cruickshank.