The hauntings of the former Jedburgh Castle Jail which is now a Museum and has retained their ghosts: 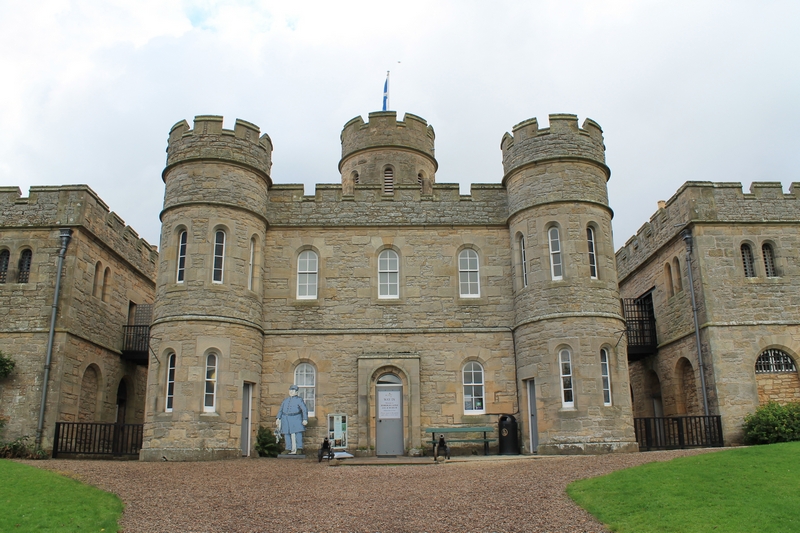 Jedburgh Castle Jail was built on the former site of the 12th century fortress Jethart Castle which had been built by King David I to protect the town of Jedburgh. King Malcolm IV died at Jethart Castle in 1165. The original Jethart Castle was destroyed in 1409 by order of the Scottish Parliament to prevent it falling into the ownership of English invaders.

Jedburgh Castle Jail was a Howard reform prison and built in the year 1823 on the site of the former Jethart Castle.

The Victorian Jedburgh Castle Jail housed men, women and children and was mostly used as a debtors jail. It was a harsh prison and conditions were bleak and much cruelty took place within the jail. There were executions at Jedburgh Castle Jail where criminals were hung on the gallows. This included Thomas Wilson who was executed after being found guilty for the murder of a young shepherd at St Boswells Fair. It was later discovered Thomas Wilson was innocent - perhaps he is one of the ghosts who walk the earth to prove his innocence.

Jedburgh Castle Jail closed in 1886 and prisoners were imprisoned in larger, more modern jails and prisons in Edinburgh and Glasgow. Though the inmates were transferred the ghosts and spirits of restless inmates who died at this harsh jail remain.

The Jedburgh Castle Jail was much later turned into a museum and the former woman and children wings and cell blocks are open to the public. Other parts of the Jedburgh Castle Jail Museum were turned into a museum of social life that demonstrates 19th century prison life and the history of Jedburgh. There are displays of imprisonment items that would have been used at the prison and costumed figures in the cells and buildings.


There are several prison ghosts throughout the building that have been reported and witnessed by many people. These include: